The Middle East: An Emerging Market for Chinese Arms Exports 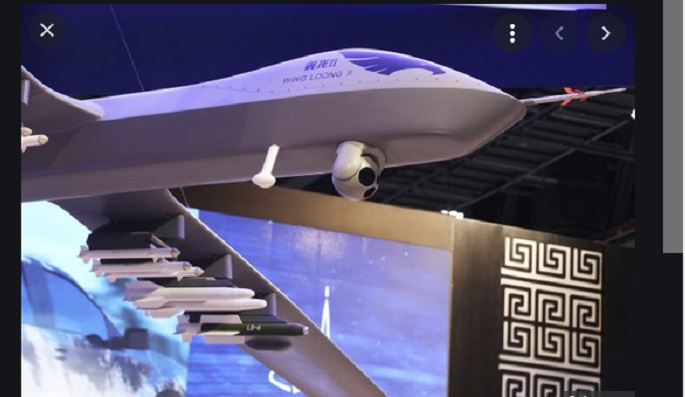 There has been a steady, visible growth in the arms trade between China and Middle Eastern countries in recent years. While this is not a new trend, the juncture at which such activities are taking place is intriguing. For a prolonged period, the United States has remained the top supplier of arms to clients in the region, including Saudi Arabia, Qatar, and the United Arab Emirates (UAE). Alongside this, European arms exporters (including the United Kingdom, France, and Spain) have also secured a considerable share of the Middle Eastern defense markets. This longstanding trend, however, will likely see a shift in the near future, with the gradual entry of China as a player in the Middle Eastern arms trade. Over the past decade, there has already been enough evidence to suggest that Beijing is working unrelentingly to tap the lucrative defense markets in this region, where it has been trading in military-security sectors since the 1980s and 1990s.

China’s footprint in the entire Middle East has been widening rapidly ever since the announcement of its Belt and Road Initiative (BRI) in 2013. Since then, it has become the largest trading partner and foreign investor for several countries in the region. While for now China’s main focus is on clinching major BRI-connected economic investment deals, mainly infrastructure and connectivity projects, Beijing appears to have taken notice of the lucrative defense markets of the Middle East. The developing geopolitics in the region, and also uncertain policies on the part of the United States, seem to have prompted China to reorient its strategies.

It is within this ambit that Beijing sees a favorable opportunity to enhance military-security ties with some Middle Eastern countries (especially the affluent Persian Gulf nations) and the arms trade is going to emerge as an important dimension in a few cases. With the objective of making its ties more comprehensive and  doing away with the traditional patron-client model of relations, China and the Persian Gulf countries in all likelihood will attempt to focus more on mutual technology transfer and licensed co-production of certain types of weapons systems. This would be in addition to what China could offer and sell the regional clients with some of its locally designed and manufactured defense items.

Over the last few years, China has been making calculated moves in its dealings with most of the oil-energy rich and geostrategically located Middle Eastern countries. The unveiling of China’s Arab Policy Paper in January 2016, just a week before President Xi Jinping’s visit to Saudi Arabia, Egypt, and Iran, provided more clarity about China’s strategy toward the region. Said policy document describes China’s overall aims in the region as follows: “achieve win-win cooperation, common development, and a better future of the China-Arab strategic and cooperative relations.”

It also specifically mentions the need to intensify China’s military cooperation with the Arab countries, and also to “deepen cooperation on weapons, equipment and various specialized technologies, and carry out joint military exercises.” It further adds that China “will continue to support the development of national defense and military forces of Arab States to maintain peace and security of the region.” From this, it is amply clear that China has a strong interest in including military-security cooperation, particularly arms deals and weapons co-production, as one of the dimensions of its overall Middle East strategy. What has further added to its advantage is China’s technological advancement in defense research and development (R&D), particularly in the missile and drone domains. These are a few weapons systems that Middle Eastern clients are looking to import.

In general, demand for advanced weapons systems and defense technologies is on the rise in the Middle East. This is mainly due to the existing conventional and non-conventional threats some of the countries continue to face, and also due to tensions between a few states within the region. For instance, the unresolved and controversial Iranian nuclear program has made some of the Sunni-dominated countries stock up on their arsenals, while threats from non-state actors, including remnants of Islamic State of Iraq and Syria (ISIS) and al-Qaida, continue to pose serious security threats in the region. Countries like Saudi Arabia, in particular, remain wary about threats to their internal security as well as frequent missile and drone attacks perpetrated by Yemen-based Houthi rebels from across the southern border. In the midst of these challenges, the restrictive arms sales policies of major exporters like the U.S., mostly pertaining to items such as armed drones, have pushed countries like Saudi Arabia and the UAE to look for other available alternatives with fewer strings attached. This is an important void that China hopes to fill.

As per a recent Stockholm International Peace Research Institute (SIPRI) report, the Middle East witnessed the “biggest growth in arms imports” for the period 2016-2020. The region imported 25 percent more arms during those years as compared to 2011-2015 period. Saudi Arabia, one of China’s closest partners in the region, remains the world’s largest weapons importing country, and it alone received 11 percent of global arms imports, with the United States accounting for 79 percent of its total imports in 2016-2020.

Qatar, with which Saudi Arabia cut diplomatic ties between 2017 and early 2021, is another country that has been expanding its armed forces since the mid-2010s. During the last few years, its military-security ties with China, including arms purchases, have been expanding. Similarly, despite a slight decline in arms imports during 2016-2020, the UAE has also emerged as one of the major weapons importers in the Persian Gulf. As it happens, most of the biggest Chinese economic investments in the region have been in these three countries, and Beijing considers their markets as “lucrative destinations for military technology exports.”

The Middle East’s gradually growing military-security cooperation and arms trade with China coincides with the latter’s rising profile as one of the major international arms exporters. During 2016-2020 period, China was the world’s fifth largest weapons exporting country, with Pakistan, Bangladesh, and Algeria being the largest recipients of its military equipment. Four the Chinese arms companies – the Aviation Industry Corporation of China, China Electronics Technology Group Corporation, China North Industries Group Corporation, and China South Industries Group Corporation – have been playing instrumental roles not only in the military modernization programs of the Chinese armed forces but also in generating foreign revenues through defense exports.

While Chinese arms sales to the Middle East for now remain limited, the willingness of the aforementioned Persian Gulf countries to import its systems will likely open more doors for further trade in the future. Furthermore, the timely expiration of the United Nations arms embargo on Iran in October 2020 would have been considered a boon by both China and Iran, particularly considering the upward trajectory of their bilateral cooperation in recent times. The much exaggerated “Comprehensive Strategic Partnership” agreement signed by both countries in March 2021 called for cooperation “mechanisms in the fields of … equipment and technology [in the security and defense domain].” Moreover, China is manufacturing and exporting items such as missiles and drones, systems that Iran would likely be interested in procuring from its East Asian partner.

While Iran is a prospective arms client, China would have to tread carefully in dealing with the Islamic Republic, in consideration of its more lucrative economic partnerships with the other aforementioned Persian Gulf countries. If China comprehends the prevailing economic and financial difficulties Iran is currently facing, then, it will also remain wary about signing any major arms deals with the nation. Under such circumstances, there could be uncertainties over deliveries if arms deals were to be signed anytime soon. Moreover, with the change of the administration in the United States, Beijing will want to wait and see if tensions could be eased with Washington, and to this end, it may not want to antagonize the Biden administration by supplying more arms to Tehran. That said, emerging geopolitical scenarios will likely also influence China’s Iran policy. In the event that China and Iran both become more isolated from the international community, one should not rule out an acceleration of the overall military-security cooperation, let alone the arms trade, between the two countries.

Lately, a certain amount of headway has been made by Saudi Arabia and the UAE in their respective cooperation with China in the military-defense spheres. It is this development that has triggered renewed discussions over China’s increasing military-security ties with the Middle East. Between 2016 and 2020, China increased its volume of arms transfers to these two countries by 386 percent and 169 percent, respectively, compared to 2011-2015. While China’s share of the Saudi and UAE arms market is still insignificant compared to that of other traditional arms exporters, these figures signaled China’s systematic entry into the region.

In March 2017, taking a step forward, Saudi Arabia’s King Abdulaziz City for Science and Technology and China Aerospace Science and Technology Corp. signed a partnership deal to produce China’s CH-4 Unmanned Aerial Vehicle (UAV), which is similar to the U.S.-made MQ-1 Predator drone. Saudi Arabia has been in possession of such drones since 2014, as has Iraq. This Saudi facility will likely operate as a hub “for manufacturing and servicing for other CH-4 operators in the Middle East, including Egypt, Iraq and Jordan.” Likewise, the UAE, a coalition partner in the Saudi-led air campaign against Houthi rebels in Yemen since 2015, imported Chinese-made Wing Loong I drones in 2011, and became the first customer of the Wing Loong II drone in 2017. This is more evidence of the hassle-free deals that China has struck with its Middle Eastern clients, as the U.S. has become more reluctant to supply its traditional partners with similar systems. Beijing’s further involvement in exporting such weapons, in the long run, could run against the U.S. arms business as well as its strategic interests in the region.

China, for now, would not worry much about facing competition from giant arms exporters to the Middle East, including the United States. It remains cognizant of the position that has been secured by the U.S. in terms of the volume and categories of arms supplied, and also their quality. However, Beijing will strive to keep the momentum going, and to ink more arms deals with Middle Eastern clients in the years to come. Its motive for selling arms to the Middle East centers on commercial and economic gains, rather than political objectives. But this is not to say that these incentives are completely detached from China’s national security and strategic interests.

The gradually growing arms trade, indeed, is giving further leeway to China to expand its strategic footprint in the region, where its economic investments and technological assistance are massive and welcomed. In the Middle East, China has found a lucrative market for some of its defense products, while the former will continue to rely on Beijing’s economic and technological assistance for economic modernization programs and infrastructure developments. It is this strong convergence of mutual interests that is going to fuel the growth of Chinese arms sales to the region.

In the long run, defense industrial cooperation and technology transfers will likely come to form a pivotal component of China-Middle East engagements. Considering the defense industrialization programs underway in some of the Persian Gulf countries, Chinese military technological assistance will increasingly be sought. Further, as China’s reputation as a global arms exporter improves, the Middle Eastern countries will also have an alternative vendor from which to procure arms. This would come much to the dismay of the United States. As Beijing penetrates gradually into the Middle East by selling its arms, it is likely to raise more eyebrows in the Western capitals, particularly in Washington. Suffice to say that there are indications that future Sino-Middle Eastern arms deals could flourish, given the unrelenting endeavors from the respective governments to augment cooperation in this domain.