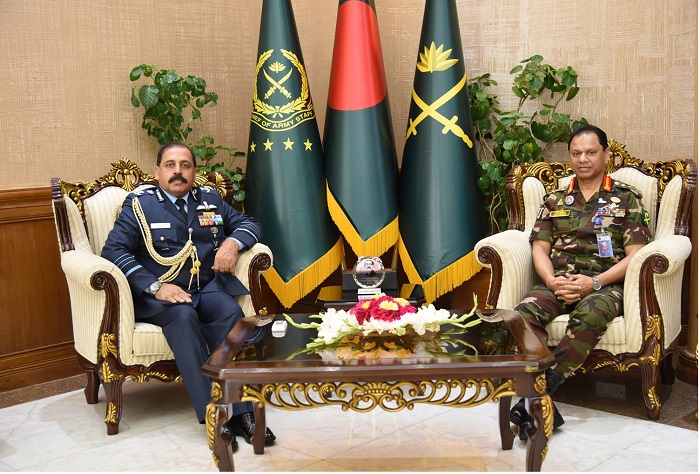 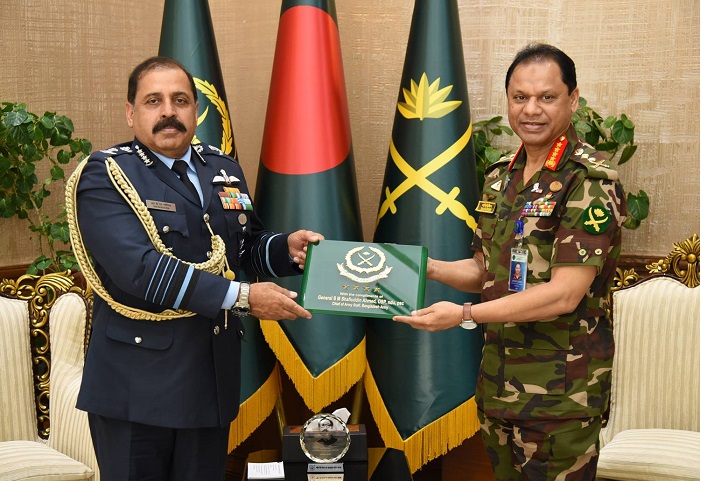 During the meeting, they hoped for continued cooperation to further strengthen the existing good relations between the Bangladesh Army and the Indian Armed Forces.

The Chief of Army Staff recalled with gratitude the contribution of the Indian Air Force in the great liberation war of Bangladesh.

A two-member Indian Air Force delegation led by Air Chief Marshal Rakesh Kumar Singh Bhadauria arrived in Dhaka on June 26 on a four-day state visit. After the tour, the team will return to India on June 29.