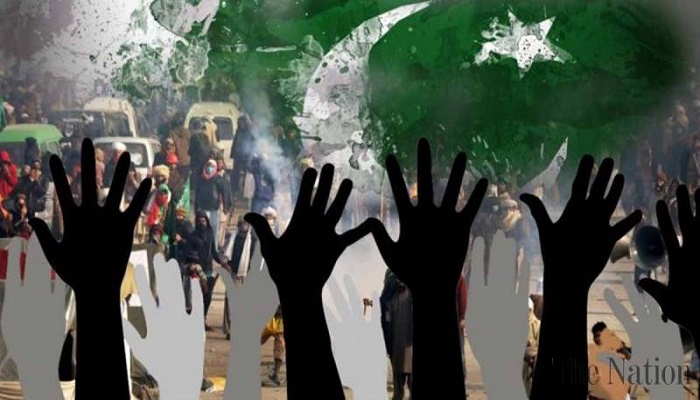 The annual report of the Human Rights Commission of Pakistan (HRCP) for the year 2020 has once again brought a multitude of human rights concerns to the spotlight. The report has especially focused on religious, gender and ethnic minorities maintaining that they remain marginalized. The report also highlights the impact that the covid-19 pandemic has had across the country, unraveling the limited health infrastructure, which too is skewed in the way it has affected the already marginalized segments more than others.

The HRCP cites media reports to confirm that at least 177 were sentenced to death in 2020, which is a drop from the 578 the previous year. There was a rise in militant attacks in Punjab and Sindh, while Khyber Pakhwunkhwa and Balochistan depicted a decline, as per Pakistan Institute for Conflict and Security Studies. Despite the tangible reduction in militant attacks, targeted killings more than doubled in 2020, with 49 killed last year as compared to the 24 in 2019.

On the religious freedom front, the HRCP underlined at least 31 forced conversions being reported last year, with six of the cases involving minors. These numbers are often underreported owing to a plethora of concerns including societal backlash and even danger to life. The HRCP report further quotes police data showing at least 586 cases of blasphemy being filed last year.

The report divides the predicaments facing the country in terms of various communities and categorizes them according to the provinces. In Sindh prisons, for instance, 121 were issued death sentence, underlining that as of 2020 end 513 in the province are on death row. 127 persons went missing in Sindh last year. The report also cites six reported cases of forced conversions, which remain largely underreported due to a myriad of issues. There were 197 honour killings in the province last year as well.

“Punjab is also not free from problems of violence against women and the religious minorities,” said HRCP Vice President Raja Ashraf.

In Punjab, the Lahore High Court has 188,176 pending criminal cases, with over two thousand pending across district courts as well. 148 people in Punjab were sentenced to death last year. Child abuse is another crime that massively impacted Punjab, with 57 percent of the country’s cases reported in the province. While religious minorities were marginalized, a whopping 487 new cases of blasphemy were registered in Punjab.

“Condition of jails has reached dangerous level in terms of presence of excessive prisoners and poor hygienic conditions. No significant progress has been made in dealing with the backlog of pending cases,” said Raja Ashraf.

Khyber Pakhtunkhwa and Balochistan, already the two most sidelines provinces of Pakistan bore the brunt of human rights abuses in 2020 as well. Among other issues, the HRCP cites the fact that the longstanding mainstreaming of the former Federally Administered Tribal Areas (FATA) with KP remains unfulfilled. This marginalisation has also reflected in the state’s measures taken with regards to the covid-19 pandemic.

“Freedom of association and movement was significantly impacted restrictions enforced with regards to the pandemic in the province,” said HRCP’s Akbar Khan. “The testing levels remained low. Less than half a million of the province’s 35 million residents were tested for covid-19 by 2020 end,” he added.

Another issue that especially impacted KP and Balochistan is the matter of enforced disappearances.  According to the Commission of Inquiry on Enforced Disappearances (COIED), Khyber Pakhwunkhwa witnessed the most number of missing persons, which by 2020 end stood at 2,942.

Like other numbers, the HRCP says these numbers aren’t an accurate reflection of on-ground realities, based on anecdotes and concerned raise by rights activists.