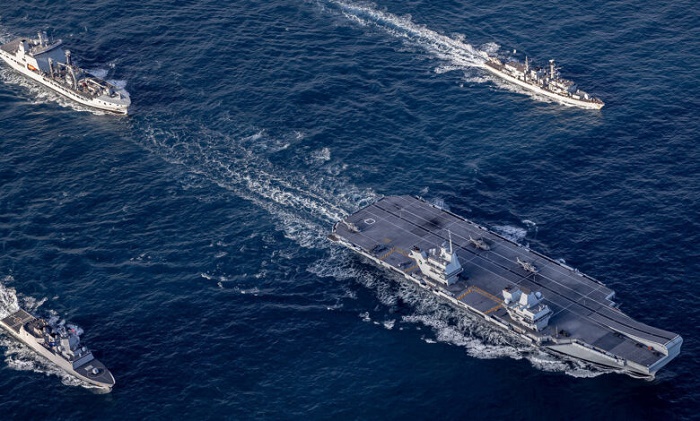 In a subtle but clear message for China, India during a East Asia Summit (EAS) meet has asserted that the Code of Conduct for South China Sea (SCS), being negotiated between China and ASEAN, should not prejudice the legitimate interests of third parties and should be fully consistent with the United Nations Convention on the Law of the Sea (UNCLOS). Over 50% of India’s global trade and over $5 trillion global trade passes through the SCS region.

This message was delivered during a senior officials’ meeting of the EAS on Thursday through virtual format ahead of a Summit to be held later this year in Brunei.

At Thursday’s meeting, India underlined its interest in maintaining peace and stability, freedom of navigation and overflight in the South China Sea in keeping with international law in what can be viewed as yet another message to China to allow the rights of other nations through the SCS.

On developments in Myanmar, India expressed support for the ASEAN process and conveyed that as “a friend and close neighbour of Myanmar, India will continue to play a constructive and meaningful role in resolving the current situation there”.

China, in its negotiations with ASEAN, is allegedly trying to dictate a Code of Conduct (COC) to bolster its territorial as well as economic claims in the SCS and lack of a balanced COC could impact India’s strategic and economic interests in the SCS region, according to persons familiar with the issue.