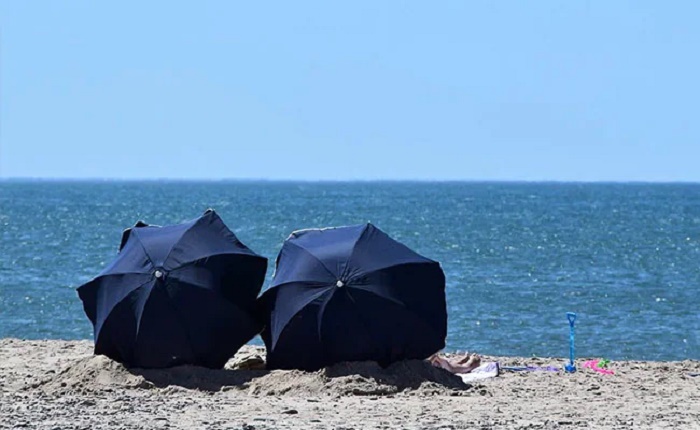 A pair of nude sunbathers who ran into bushland after being "startled" by a deer have been rescued, and promptly fined for breaching coronavirus rules, Australian police said Monday.

Police said the men had been sunbaking on a remote beach south of Sydney, before they fled into the Royal National Park to escape the animal.

Emergency services launched a ground and air search after the lost duo called for help shortly after dark on Sunday.

A 30-year-old man "naked and carrying a backpack" was discovered first on a walking track. A partially clothed 49-year-old was found later.

"But clearly putting people at risk by leaving home without a proper reason... and then getting lost in the national park and diverting important resources away from the health operation, I think they should be embarrassed."

The men were fined US$760 for breaking stay-at-home orders by travelling outside Sydney, which is currently in lockdown to curb a growing Covid-19 outbreak.

They were among more than 40 people fined for breaching health rules in New South Wales state on Sunday, police said.