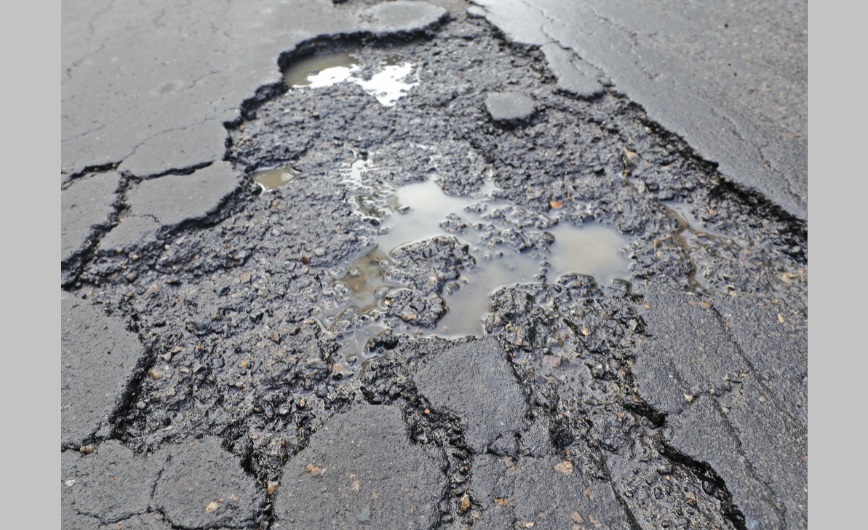 Low-quality Iranian bitumen was being used in the construction of the link road of the new railway station in Kurigram. As the supervising railway engineer raised question over the quality of the bitumen, the contractor threatened the engineer to transfer him elsewhere.

Locals expressed their anger, saying that the construction work began much later than the original timeline. They also said they would not allow the use of low-quality bitumen in the construction of the road.

Experts said a syndicate of importers is bringing the sub-standard bitumen from Iran bypassing the regulations.

The low-quality bitumen is claimed to be a product of the United Arab Emirates. However, it has been found that the bitumen is actually produced by Iran, which is facing sanctions imposed by international communities.

It has been learnt that the traders buy 80 to 100-grade bitumen from Iran and then adulterate it in the UAE. The product gets release from Chattogram Port regularly.

Experts raised questions over the use of such low-quality bitumen on roads. The respective agencies in government also issued directives to avoid the use of substandard bitumen.

Breaching the government’s directive and expert suggestions, a section of contractors continues to use adulterated bitumen from Iran.

The last incident was found in Kurigram where a project of Tk 10 million was taken up to construct the 1300 feet long modern platform in the railway station.

Besides the project, the Railways authorities also took a move to repair the connecting road at a cost of Tk 16.3 million.

The seal coating of the road is yet to be completed.

While visiting the spot, journalists found the engineer and contractor locked in a feud over the use of low-quality bitumen.

The engineer directly told the contractor that the construction work couldn’t continue with the sub-standard bitumen, resulting in an altercation between them.

Hearing hue and cry, locals rushed to spot and raised their voices against the use of the low-quality bitumen.

Amid protests from all around, the contractor and his supporters threatened to transfer the engineer.

Braving the threat, the engineer stopped the work.

“But there is a good supply of high-quality bitumen in the market. However, the contractor continued the work with sub-standard Irani bitumen. That’s why the work has been stopped,” he said.

It has been learnt that the main contractor of the work is Jahrul Haque of Mahimaganj from Gaibaindaha though the work was underway in name of Al Amin Traders of Dinajpur.

Jahrul Haque claimed that they carried out the work with 80-100 grade bitumen as his farm did not find the 60 to 70-grade bitumen.

Locals, however, brushed aside the claim of the contractor, saying that the 60 to 70-grade bitumen is available in the market.

Locals said that the contractor violated the government’s directive for bagging extra profits from the project.

Rafiqul Islam and Rezaul Alam, two residents in the area, opined that the use of sub-standard bitumen leads to a huge loss of public money.

“The roads constructed with the sub-standard bitumen never sustain. Roads should be made with the locally produced product.”

Abdul Qader, a college teacher, said the much-awaited road project of Kurigram people has been destroyed by the use of low-quality bitumen.

The locals fear that road might not survive this rainy season if the construction works not is completed with good quality bitumen.

Nur Waqt Mia, Altaf Hossain and Nur Alam, residents of the station area, said that the railway engineer was doing a great job as per the project schedule by hanging signboards. Seeing that they can’t avail undue benefits, the contractors are trying to replace the engineer.

“It’s true that the contractor already spent the 180 days on this project. However, they have applied for extension of time and it is awaiting the approval of the DG. The contractor has also been given a letter to complete the remaining work expeditiously,” he said.