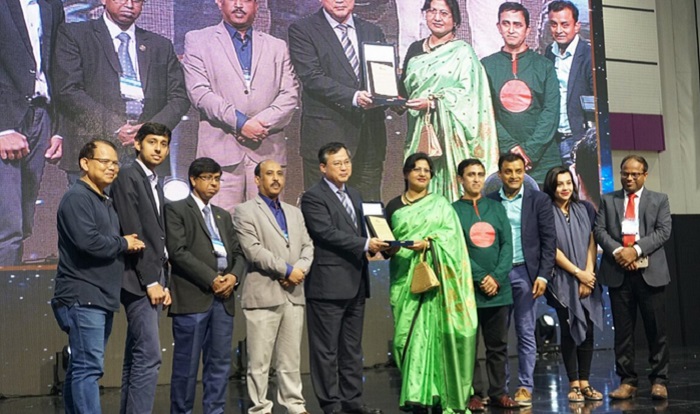 The Embassy of Bangladesh has actively participated in the Seoul International Tourism Fair (SITF) held on 24-27 June 2021 at the Convention and Exhibition Center (COEX) in Seoul. SITF is the largest international tourism fair of South Korea which was formerly known as Korea Travel and Tourism Fair (KOTFA).

A total of 26 countries, including embassies and travel agencies from 9 different countries, took part in this year's tourism fair.

Mentionable, Bangladesh has regularly and actively been participating in this fair since 2012. However, due to the COVID-19 epidemic, the Ministry of Civil Aviation and Tourism of Bangladesh could not participate in the fair this year and therefore, the Embassy of Bangladesh in Seoul represented the country in this fair.

On June 24, 2021, the Chairman of the Korea Travel and Tourism Fair (KOTFA) Shin Joong-mok inaugurated the fair. Ambassador Abida Islam as well as Ambassadors of other participating countries in the fair including President of Gyeongsangbuk-do Culture and Tourism Corporation, Chairman of Jeju Tourism Association, Vice President of Korea Tourism Association, CEO, KOFTA and other dignitaries were present at the inauguration.

After the opening ceremony, Shin Joong-mok, along with Ambassadors and other dignitaries, visited various pavilions and booths of the fair.

Later, in the presence of Ambassador of Tajikistan H.E. Sharifzoda Yusuf and other officials of the Embassy, Ambassador Abida Islam inaugurated the Bangladesh booth. On the same day, Samuel Murmu, First Secretary of the Embassy offered a fascinating presentation on the touristic attractions of Bangladesh on the main stage of the fair. It was followed by a music performance by a local Bangladeshi artist Mohammed Asaduzzaman Khan that enchanted the audience.

During this four-day long fair, about 400 Koreans and foreigners visited the Bangladesh booth and expressed interest in Bangladesh's tourist destinations. Promotional leaflets, posters, brochures on attractive tourist places, and traditional handicraft items of Bangladesh were distributed among the visitors.

Moreover, documentaries on the attractive tourist destinations of Bangladesh as well as Bangladesh’s tradition and culture were screened during the fair. Many also posed for pictures with mannequins dressed in traditional Bangladeshi costumes displayed at the booth. Two Bangladeshi students offered Hena design on the hands of the visitors in the booth at free of cost which attracted many visitors.

Bangladesh's successful participation in the 2021 SITIF Fair is expected to attract more foreigners to visit the country in the days ahead.