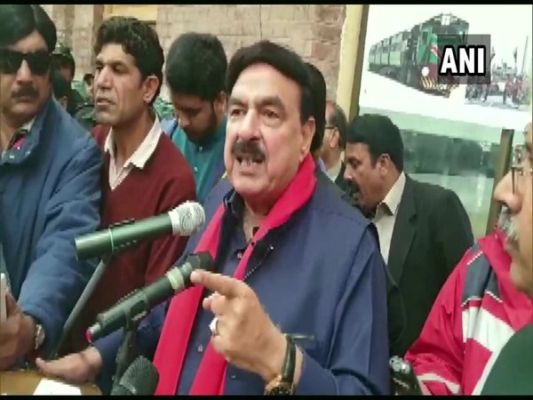 As the deadline for the US exit from Afghanistan draws near, Pakistan Interior Minister Sheikh Rashid has said that Islamabad is expecting that the Taliban will not allow terrorist groups like TTP (Tehreek-e-Pakistan Taliban) to carry out activities against Pakistan.

While speaking to the media in Islamabad on Saturday, Rashid reiterated Prime Minister Imran Khan's statement that Pakistan will not give any bases to the United States to use against Afghanistan, The Express Tribune reported.

He further added,"...But we also expect from the Taliban that they will not allow TTP (Tehreek-e-Pakistan Taliban) and other elements to carry out any activity which causes harm to the lives and property of Pakistani people."

America's former National Security Advisor (NSA) John Bolton on Friday said that Pakistan is directly responsible for the Taliban's return to power. He blamed Islamabad for supporting the Taliban and providing them safe havens in Pakistan during the past two decades, reported The Khaama Press.

"Parts of the Pakistani government are directly responsible for the Taliban's return to power", Bolton said in an interview with the Voice of America (VOA), reported The Khaama Press. Pakistan's intelligence and other internal circles have been in contact with the Taliban for decades, Bolton added.

Since the start of the US drawdown from Afghanistan in May, the Taliban has overrun numerous districts across Afghanistan. Bolton meanwhile blamed Pakistan for being "a safe haven for the Taliban" and supporting them against the US and Afghan forces attacks. "I am concerned about the future consequences", the former NSA expressed concern.

Bolton has also warned Pakistan that "if the Taliban seizes the power in Afghanistan, it will also be a threat to Pakistan as the terrorist pressure on the Pakistani government will increase".

Earlier this week, Imran Khan said that if the Taliban takes over Afghanistan by force, Pakistan would not intervene militarily. While answering a question in New York Times interview, Khan talked about Pakistan's future plans in the context of US troops' withdrawal from Afghanistan by the September 11 deadline.

On the question on possible Taliban takeover of Afghanistan, Khan said, "let me assure you, we will do everything except using military action against the Taliban".

"What if (the) Taliban try to take over Afghanistan through (the) military? Then we will seal the border because now we can, because we have fenced our border, which was previously (open), because Pakistan does not want to get into, number one, conflict, secondly, we do not want another influx of refugees", he said.