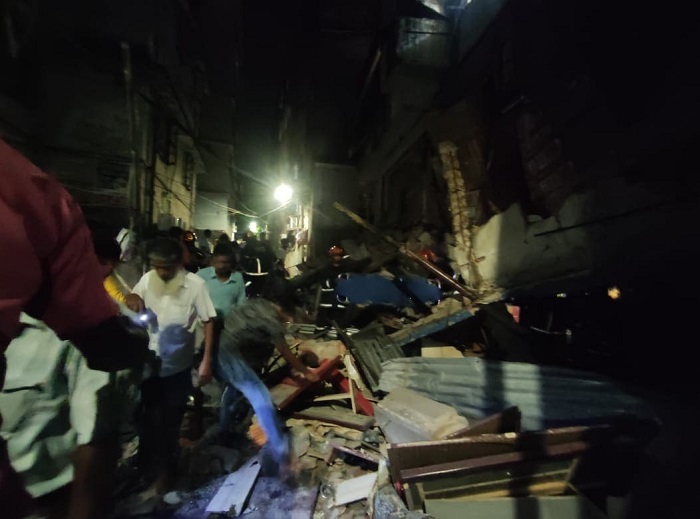 Seven people were killed following a huge blast in a building near Moghbazar Wireless Gate on Sunday evening.

The explosion occurred on the ground floor of a three-storey building around 7:00pm.

“Seven people have died so far and 50 others have been admitted to different hospitals in the city with injuries caused by the blast,” Commissioner of Dhaka Metropolitan Police Md Shafiqul Islam told journalist after visiting the spot, reports UNB.

Witnesses said a portion of the building collapsed while glasses of three buses on the nearby road and the window panes of adjacent Aarong building, Bishal Center and some other buildings got smashed following the huge blast.

“The explosion might have occurred in either Shawarma House or Bengal Meat’s showroom on the ground floor of the three-storey building…that’s our primary suspicion,” Debashish Bardhan, Deputy Director (Dhaka zone) at Fire Service and Civil Defence, informed journalist.

The search-and-rescue operation is still on to be sure whether anyone else remained trapped in the building, said Debashish Bardhan.