Study: Antibodies detected in 93% of those receiving both doses of Covishield vaccine 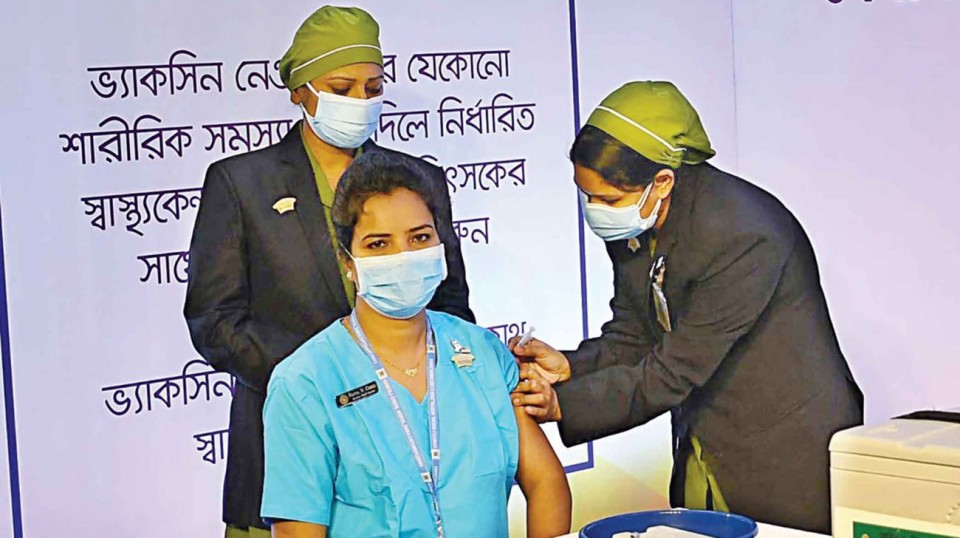 A study conducted by Department of Microbiology at Dhaka Medical College Hospital (DMCH) has found that the Oxford-AstraZeneca vaccine is developing antibodies in people who have received the jab.

The study found that 93% of people who received two doses of the vaccine developed antibodies within two weeks.

Antibody tests were conducted on 308 fully vaccinated individuals, who are doctors, nurses and other employees of Dhaka Medical College Hospital (DMCH).

The results were revealed in the lecture hall on the fourth floor of the new building of DMCH on Sunday.

The results, however, cannot be generalised for all who have been vaccinated, researchers said.