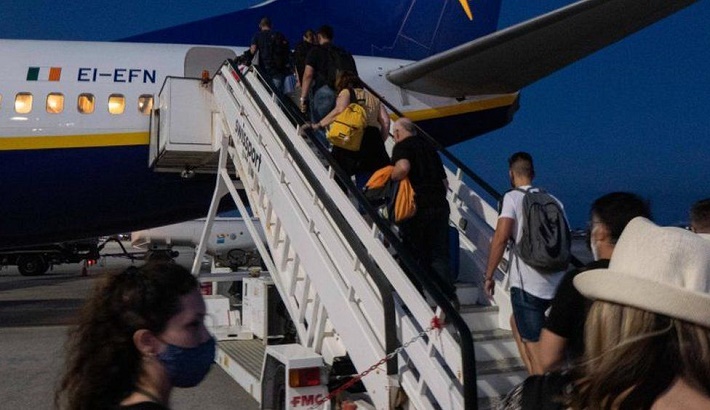 The prices of flights and hotels for new green list travel destinations have swung sharply in both directions since the guidance was changed on Thursday.

The UK government added 16 destinations to the list. Travellers returning from these do not have to isolate on return.

Destinations include Malta and Spain's Balearic Islands, and some holidays have doubled in price, the Independent's travel editor Simon Calder said.

The destinations added to the green list from 04:00 BST on June 30 are:

Europe: The Balearic Islands (which include Ibiza, Menorca, Majorca and Formentera), Malta and Madeira

Six destinations will also be added to the government's red list on June 30. They are the Dominican Republic, Eritrea, Haiti, Mongolia, Tunisia and Uganda.

New routes to Malta from Bristol and Luton will launch next month and offer some seats at £27.99.

Ryanair said it was selling 200,000 extra seats on flights from the UK to Malta, Ibiza and Palma for July, August and September.

The new rules on travel will, of course, change as situations develop.