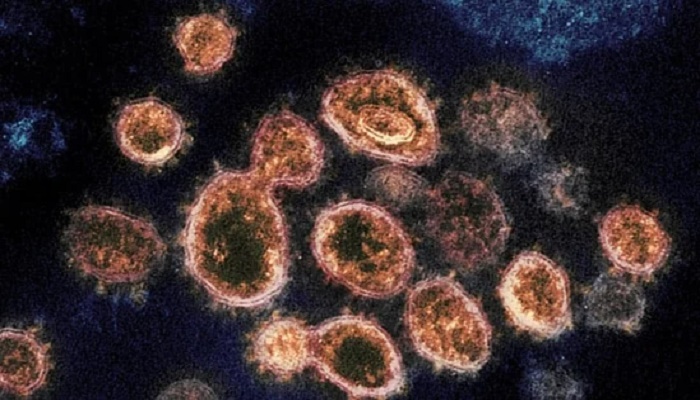 New research by the authors of the Australian National University has revealed that a coronavirus outbreak may have swept across East Asia more than 20,000 years ago. The authors in an article on The Wire said that the coronavirus left traces in the DNA of people in modern China, Japan and Vietnam.

The research by Yassine Souilmi and Ray Tobler was published in Current Biology and found evidence of genetic adaptation to the coronavirus family of viruses in 42 genes in modern populations in the regions.

"Multiple lines of functional evidence support an ancient viral selective pressure, and East Asia is the geographical origin of several modern coronavirus epidemics. An arms race with an ancient coronavirus, or with a different virus that happened to use similar interactions as coronaviruses with human hosts, may thus have taken place in ancestral East Asian populations," the study said.

It also said that by learning about the ancient viral foes, the research highlights the promise of evolutionary information to better predict the pandemics of the future.

The authors in their article said that the coronavirus family also includes the related MERS and SARS viruses, both of which have caused significant deadly outbreaks in the past 20 years. The Covid-19 pandemic, caused by the severe acute respiratory syndrome coronavirus 2 (SARS-CoV-2) has so far taken more than 3.8 million deaths and is responsible for billions of dollars in economic losses worldwide, they added.

"We have had pandemics before. In the 20th century alone, three variants of the influenza virus each resulted in wide-ranging outbreaks that killed millions: the “Spanish Flu” of 1918-20, the “Asian Flu” of 1957-58, and the “Hong Kong Flu” of 1968-69," their article in The Wire read.

According to the authors, the historical records of an outbreak due to the virus and other pathogens goes back thousands of years and that the adaptations of our ancestors from Africa to across the world and their introduction to new pathogens and other challenges may have improved their resistance to infection and helped them survive.

Souilmi and Tobler said they applied cutting-edge computational analyses to the genomes of more than 2,500 people from 26 populations around the world and found signatures of adaptions in 42 different human genes that encode virus-interacting proteins (VIP)s.

"These VIP signals were present in only five populations, all of them from East Asia – the likely ancestral homeland of the coronavirus family. This suggests the ancestors of modern East Asians were initially exposed to coronaviruses around 25,000 years ago," Souilmi and Tobler said.

They said more testing revealed that the 42 VIPs are primarily expressed in the lungs, which is the tissue most affected by Covid symptoms. They claimed to have confirmed that these VIPs interact directly with the SARS-CoV-2 virus that caused the present pandemic.

Further, they said that several VIP genes are either currently being used as drug targets for Covid treatments or are part of clinical trials as they said that independent studies have shown mutations in VIP genes may help mediate SARS-CoV-2 susceptibility and the severity of Covid-19 symptoms.