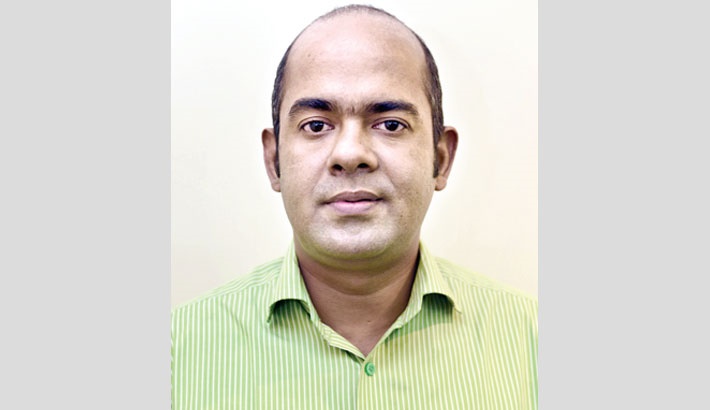 Amid shrunken freedom of free movements, curtailed in-person communications and a prevailing climate of uncertainty brought about by the raging pandemic, the advent and evolution of social communication apps and sites have come as a savior to get us through the trying times. Nowadays the word ‘social media’ is being loosely used as an umbrella term for a wide range of social networking, video sharing and microblogging sites and apps such as Facebook, YouTube, TikTok, Likee, Bigo Live, Twitters, Instagram, WhatsApp and the like.

The main purpose behind the development of social media was to build bridges between people through social communications. By the look of things, social media has seemingly come of age in technological context, and is thought to reach its primary goal by connecting people worldwide and bringing communication under our fingertips. At the same time, there are catches—isolation, distractions, bullying, harassments, trafficking etc arising out of abusing social media platforms.

Given the mass outreach of the internet and the fact that anything expressed on social networking sites can become part of public discourse, today’s world of online lives and social media networking throws up new challenges and poses risk of doing more harm than good not only to individuals but the society or even the county, unless being used mindfully.

In May on the occasion of mother’s day, an award-winning actor of the country posted a photo on Facebook with his mother, who was seen putting on vermilion over her forehead. The photo sparked off an outcry on social media where some people were taken aback at the discovery of his religion and resorted to call him names. Shocked by a barrage of vitriolic comments from a specific quarter, the actor in response questioned whether his religious identity matters most. He also urged them to put an end to the debate and emphasise on being a human first. Afterwards, many of his fandom, colleagues, and people from performing arts took to social media to stand in solidarity with the actor. This incident speaks volumes about the presence of bullying on Facebook.

In fact, harnessing the easy availability of technology, predators are on the prowl on the internet to find their catch. Despite the fact that anyone irrespective of race or religion may be in criminals’ crosshairs, it is young women, millennial or Gen Z, who are a soft target for cybercriminals. Cashing in on the naivety of some members of these age groups, cybercriminals are using social media to exploit, expose, blackmail, bully, and even traffic them in staggering numbers.

A recent figure released by a national daily on this matter says it all: at least 15,000 complaints related to such cybercrimes piled up only in the seven months since the inception of the Police Cyber Support for Woman (PCSW) wing of the Police Headquarters. It transpired that criminals are not just using the social media or video sharing apps but a good number of them keep on at girls over the phone.

A current report ran by this paper rightly portraits how a section of unscrupulous people is exploiting social media for character assassination, social disgrace, inflicting social stigma and misleading people through misinformation in the name of freedom of speech. It also says a large number of youth’s fixation on becoming celebrity overnight leads them to film short videos featuring themselves by acting with awkward body gestures and weirdly styled haircuts imitating western subcultures to post on platforms like Tik Tok, Bigo Live, Likee and other apps on the Internet. Such an obsession with becoming a celebrity through cutting corners would only help them go off the rails, to say the least.

As the opening of educational institutions across the country has been in the doldrums owing to the pandemic, which shows no sign of abating, frustrations in students are growing up. While the managers of education in the country are between the rock and a hard place on the issue, students are skating on thin ice by excessively using social media. With educational activities lying dormant for long, they have not got enough on their plate. So, they have time to kill on various social media platforms. As a result, unbeknown to them, many youth people are getting entangled with cybercrimes or falling victim to cyber criminals.

On the other hand, allegations are rife that some Bangladeshi-born citizens are carrying out propaganda against the country from foreign lands. Even worse, some people staying in the country are reported to disseminate misinformation using VPN of other countries to let them off the hook. On the face of it, it seems the banes of social media are outweighing its boons.

So, it’s time to turn the tide of social or online media abuse before damaging our social fabric beyond repair and turning into a Frankenstein’s monster. In order to rein in its criminalisation, formulation of a policy to determine what kind of content will be there in these platforms and what kind of content not is a must. Users of these platforms need to be encouraged to become tech savvy so that they can make an informed choice between good and bad, as well as keeping any potential harmful effects at bay. Relevant training, awareness building and media campaigns for it could come in handy. Social media etiquettes could be incorporated in textbooks at primary levels.

The long arm of the law should carry on stepping up its effort to enforce the related provisions of the Digital Security Act (DSA) with good intent. More importantly, instead of keeping incidents under wraps, victims should spill the beans and seek justice by putting the culprits in the dock. Last but not least, the government must find out a way to reopen educational setups forthwith in order to keep young learners engaged in learning, rather than being engrossed in social networking platforms.