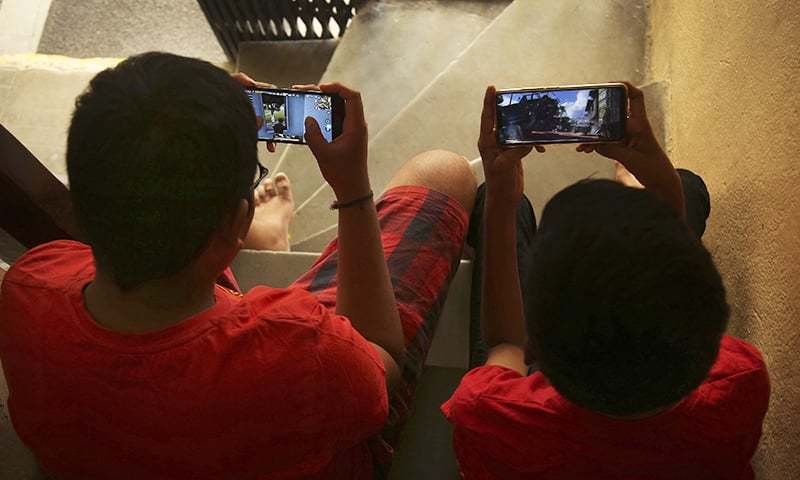 Nine-year-old Shahtab often tried to use his parent’s smartphone for playing online games and watching videos though his mother hardly allowed him to do so. But closure of school and restrictions imposed to curb the spread of coronavirus has changed everything.

Virtual classes, which are a part of Shahtab’s daily routine now, have become a reason for his high internet usage, increasing opportunities for misuse. Apart from attending classes online, he uses smartphone to play online games.

“I can’t keep on watching my son all the time due to other responsibilities. As the number of Covid-19 cases is rising, it is not safe to let him go outside. At home, there is not much for a child to do other than playing online games,” said Shahtab’s mother Shakila Yasmin.

“Over the last one year, Shahtab has developed drastic behavioural changes. He remains so immersed in smartphone that he doesn’t have time for anyone else in the family,” Yasmin added.

She said last week her son threw things and banged his head against the wall when his father took away the mobile phone from him.

The situation is more or less same for many children during the ongoing restrictions and school closure. Most of them are exploiting the opportunity to use smartphones while attending online classes and getting addicted to online games, according to guardians.

A recent study conducted by Child Care Foundation has revealed that the online gaming addiction has increased in Bangladesh during the coronavirus pandemic.

Among these students, 70 percent are found addicted to online games (play more than two hours every day). And according to most of their guardians, they have observed behavioural change among their children.

Tech experts said a number of children, after logging in and marking attendance for virtual classes, open gaming windows and play while classes are on. The option to shut the class audio and video has become very convenient for them.

“Lack of cyber awareness among a majority of parents, with teachers themselves taking time to adjust to the new system of virtual classes, opportunities are aplenty for kids to exploit loopholes,” said Partha Chakraborty, head of the Computer Science and Engineering department at Comilla University.

According to child specialists, spending a lot of time playing video games increases the chances of obesity among the children, affects their emotional intelligence, reduces attentiveness in academic tasks and makes them aggressive.

Sharmin Haque, a psychologist who works on children’s mental health at Square Hospital, said, “Many parents are failing to provide enough time to their children, monitor their activities, make sure they find joy outside gadgets and appreciate their participation in household activities. Therefore, since the coronavirus pandemic begins, the number of guardians approaching us has increased.”

“In maximum cases, parents realise the need for addressing the problem when their children start behaving absurd,” she said, adding that having disturbed sleep, refusal to eat food and revolting when confronted are some of the symptoms of gaming disorder.