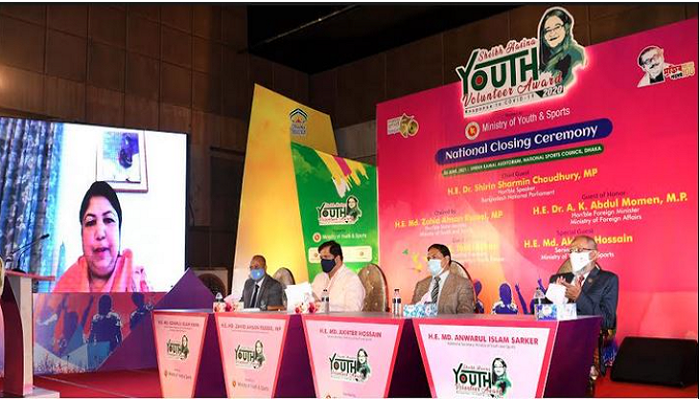 She was speaking as the chief guest at the closing ceremony of Sheikh Hasina Youth Volunteer Awards 2020" organized by the Ministry of Youth and Sports at Sheikh Kamal Auditorium in the capital, said a press release.

The Speaker said Father of the Nation Bangabandhu Sheikh Mujibur Rahman joined the OIC Conference in 1974, which subsequently paved the way for Bangladesh and OIC to work together in various fields.

"Under the leadership of the Prime Minister Sheikh Hasina , Ministry of Youth and Sports and the OIC are making continuous efforts to utilize the talents,   abilities and capabilities of the youth," said the Speaker.