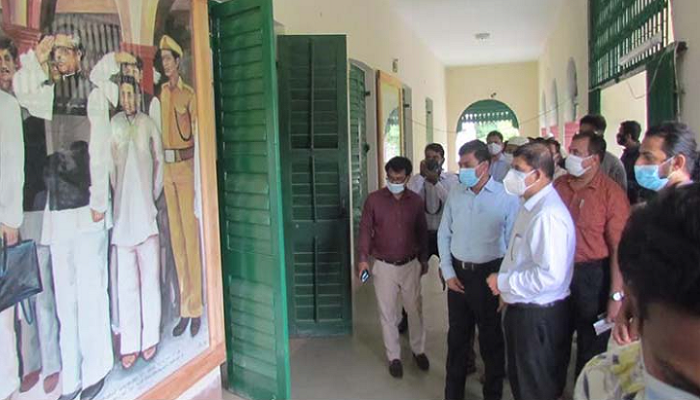 Bangabndhu    who was also the President of the then Awami League during his Khulna visits held huge meetings with the then Awami league leaders in sixty  decades and took major decisions from here against Pakistani  rulers  .

Khulna divisional commissioner visited  different rooms of the old circuit house and saw various historical rare pictures of  his 55 years life along with his family members and the then Khulna Awami League leaders and activists that were hanged  on the wall.

Different clothes, materials , used by Bangabandhu and his parents, younger brother Sheikh Abu Naser and other family members have been preserved in the museum .

“Around  100 photographs  of Bangabandhu, collected and  different books,   speeches and various  stories published in newspapers were kept preserved here,” he said, adding that a digital archive was also prepared.

He, however, said people could visit and buy all books on Bangabandhu, other books written by  Prime Minister Sheikh Hasina and books on Liberation War  by different authors from the museum .