Vaccination is a must, govt wants to vaccinate people quickly: Kamal 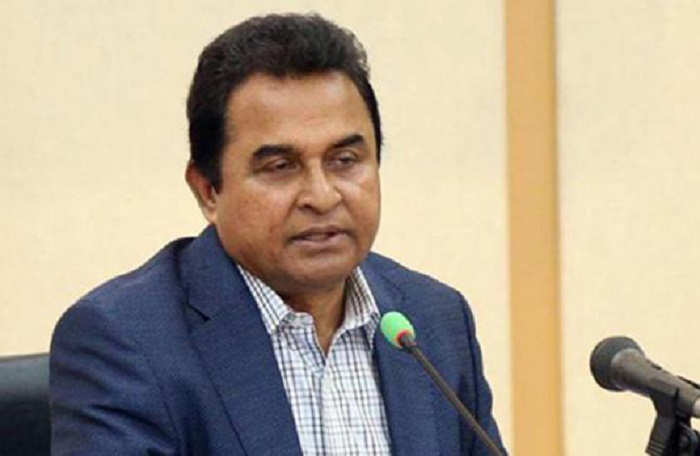 Finance Minister AHM Mustafa Kamal today said that vaccinating the country's people against the COVID-19 is a "must" while the government is pursuing all possible means to vaccinate people as fast as possible to ensure their health safety.

"Although we're a bit concerned (about the vaccines), but for now vaccination against COVID-19 is a must. We'll have to vaccinate people as fast as possible and we're pursuing all possible means. Insha Allah, you'll get good results," he said.

Asked about the macroeconomic attainments in the outgoing fiscal year (FY21), he said that the government has materialized almost all the projections that it had made earlier although it might seem "unbelievable".

"Even the toughest sector in this pandemic, that is  revenue collection, witnessed a 17 percent growth alongside attaining uptrend in the foreign currency reserve and the inward remittance flow. All turned out to be true, which were supposed to happen. The expatriates have sent money to Bangladesh out of their love, passion and responsibility to the countrymen," he said.

Kamal said that the inward remittance flow is poised to reach $25 billion this year which would be the highest ever for Bangladesh. He said, adding, "We don't believe in "no" rather we believe in "yes". Almighty Allah has always stood beside us and would also stand beside us in future ......May all of us remain healthy, sound and our lives become beautiful despite the pandemic."

Replying to a question about the government steps for the poor ahead of the hard lockdown to be enforced from Monday, he said that the government has been supporting the poor class as cash transfers have already been directed to the poor section of people.

He said the the identified poor would be given support further.

The Finance Minister said there is a separate committee of the government to look into the matter side by side Prime Minister Sheikh Hasina herself is also taking care of the issue adding that the poor are being taken care of and would be taken care of in the days to come.

Replying to another question about the RMG owners plea to reschedule their loans beyond June 30, he said decision in this regard is yet to be taken and when it would be finalized, then everyone would come to know about the developments.

Kamal said that he talked with Bangladesh Bank Governor over the issue while the Prime Minister is also considering the matter. "Everyone concerned is working on it ......Let's see what we can do," he said.

Answering to another question, the Finance Minister said it is also his question why people dare to cross the oceans to change their fortunes through illegal means instead of pursuing the official channel.

"It's quite unfortunate that despite repeated calls, people tend to follow such risky means," he added.

The Finance Minister told another questioner that considering the global situation as well as the prevailing situation in the country amid the pandemic, the government is pursuing those expenditure which is necessary and thus working to avert misuses and wastage of public fund. It is also trying to amend the distortions, he added.