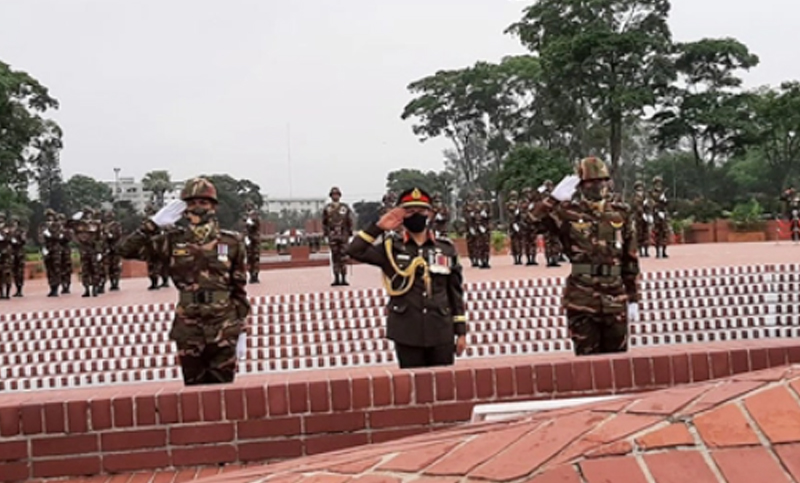 Newly-appointed Army Chief General SM Shafiuddin Ahmed on Saturday paid rich tribute to the martyrs of the Liberation War by placing wreaths at the National Mausoleum in Savar.

After placing wreaths at the monument, he stood there in solemn silence for some time as a mark of deep respect to the liberation war heroes, who laid down their lives.

At that time, a smartly turned out contingent of Bangladesh Army gave a Guard of Honour, while the bugle played the last post.

Later, Army Chief SM Shafiuddin Ahmed paid homage to the Father of the Nation Bangabandhu Sheikh Mujibur Rahman by placing wreaths at the portrait of Bangabandhu in front of Bangabandhu Memorial Museum on the historic 32 Dhanmondi Road in the city.

A smartly turned out contingent of Bangladesh Army gave a Guard of Honour to the chief. The Army chief prayed for Bangabandhu and other martyrs of the August 15 carnage.

General SM Shafiuddin Ahmed on Thursday took the charge of Bangladesh Army for the next three years.