Bangladesh envoy presents Letters of Commission to the President of Malta 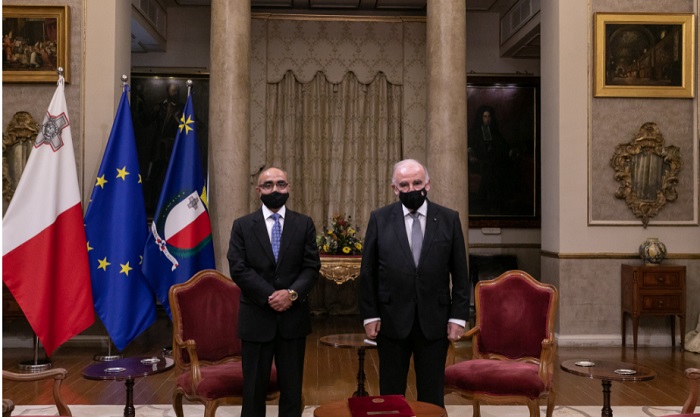 The High Commissioner of Bangladesh, Ashud Ahmed, presented his Letters of Commission to President of Malta George Vella at Sant'Anton Palace, Attard on Friday morning.

President Vella stated that Malta is keen to enhance relations with Bangladesh, also adding that bilateral relations have witnessed an intensification of mutual awareness, not least through the Commonwealth and ASEM fora.

During these exchanges, the High Commissioner undertook to intensify bilateral contacts and informed the President that a number of fields have been identified, ranging from migration cooperation, shipping energy and education.

The discussion on global issues centred mostly on climate change as a global challenge which requires international action and cooperation.

As an island nation, Malta fully understand the challenges related to climate change that are of concern to Bangladesh, particularly the interplay between climate and oceans, such as a rise in sea level, according to a press release issued by the Office of the President of Malta.