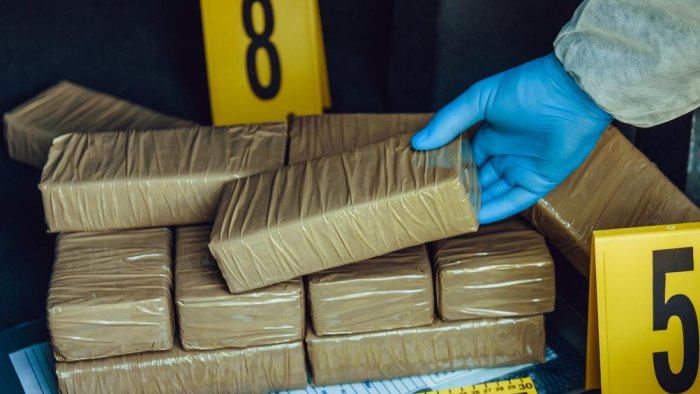 The Border Security Force (BSF) on Sunday recovered a consignment of 27 kg of heroin worth crores of rupees after a narcotics smuggler was shot dead along the International Border (IB) in Jammu and Kashmir's Kathua district.

The attempt to smuggle the narcotics was scuttled by BSF personnel during the wee hours, in the Pansar area of Hiranagar sector in Kathua, leading to the recovery of 27 packets of heroin - each packet weighing one kilogram, a BSF spokesperson said.

“The troops noticed some suspicious movement on the IB from the Pakistan side and alerted its troops. When Pakistani smugglers entered the IB towards Indian side, they were challenged and fired upon. During a search of the area, 27 packets of heroin were found near the fence,” he said and added that an unidentified smuggler was also killed in the incident.

The approximate value of this narco consignment is about Rs 135 crores, the spokesperson said. “With this recovery, BSF has once again exposed the nefarious designs of Pak authorities to smuggle narcotics consignment to India through the International border.”

The BSF has not ruled out the narco-terrorism angle in the latest recovery. Last Saturday J&K police busted a narco-terror module in north Kashmir's Baramulla district and arrested 10 people with a huge quantity of heroin, worth Rs 45 crore, along with arms and ammunition.

A similar consignment of deadly heroin, whose estimated market value, as per the police, is somewhere between Rs 50-60 crores, was seized on April 8 along the LoC in the same district.

These recoveries, police say, have clearly shown that the cross border narco-terror threat has become a major area of concern in Kashmir.

“In the wake of serious crackdown by the law enforcement agencies against the Hawala operators, Pakistan based agencies use LoC route to send narcotics to fund the terrorism and unrest in J&K. Since early 2019 when the cross LoC trade was shut down, narco-trade has become the exclusive route to finance terrorism and unrest,” a senior police officer told DH.

Due to the huge influx of these deadly drugs from Pakistan, thousands of people, mostly youth, from Kashmir are slipping into the dark alleys of drug addiction. The data at drug de-addiction centre of Institute of Mental health & Neurosciences (IMHANS) in Srinagar reveals that there has been more than 1500% increase in patients approaching the hospital seeking treatment for substance abuse in four years.

Dr Yasir Rather, in-charge of the de-addiction center of IMHANS, says the pattern of drug abuse in Kashmir has changed over the years. “Most of the patients we have been receiving since 2018 are heroin addicts and there is a drastic increase their numbers now,” he told DH.