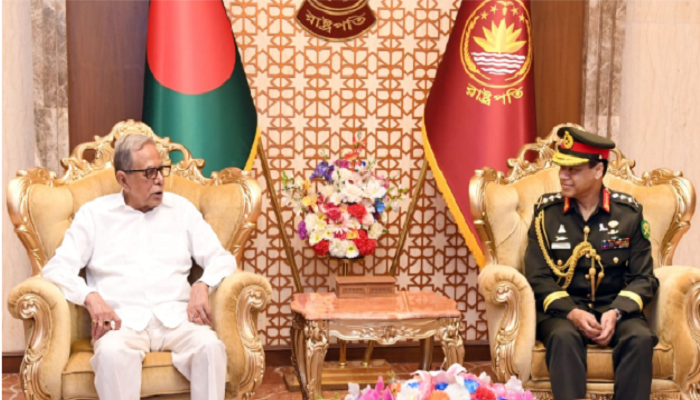 Highlighting the glorious role of the army at national and international level, President Hamid said its members have always come forward to meet the needs of the nation in times of crisis, including natural disasters.

The President asked the army to continue to serve the people under the leadership of the new  chief.

He hoped that the Bangladesh Army would become a force of international standard being equipped with modern technology.

He wished the new army chief success in his duties.

During the meeting, the new Gen. Shafiuddin sought the President's direction in carrying out his duties.