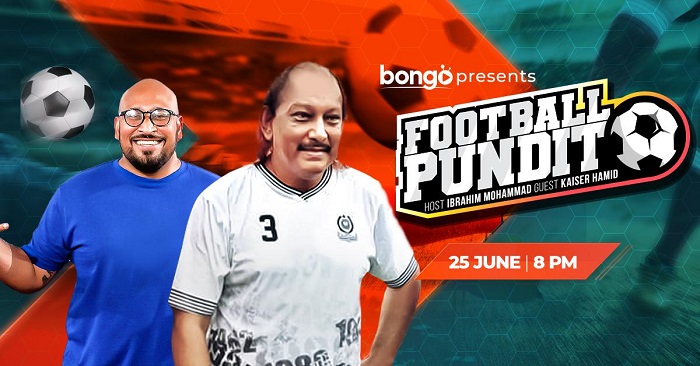 The UEFA Euro Cup 2020 and Copa America 2021 began on the 12th and 14th of June respectively. Bongo, largest bangla online video streaming platform, is enabling sports fans to indulge in the eternal thrill of watching the tournament live on Bongo’s Live TV, for free.

During a time in which no major sports events are happening in the country, Bongo’s Live TV is giving football fans access to enjoy these thrilling tournaments on the  Bongo app (BongoBD in the Apple Store/Google Play Store) and Website (www.bongobd.com).

In addition to this, Bongo will launch a “Football Pundit Show” from Euro Round of 16 and Copa America Quarter Finals for football lovers who are watching the show on Bongo and take part in UEFA Euro and Copa America discussion. The show will feature Football Legend Kaiser Hamid as the football pundit! It will be a combination of expert opinion and user interaction hosted by Ibrahim Mohammad. Alongside this, Bongo will also be launching a ‘Watch and Win’ campaign in which the user with the highest watch time during the span of the full tournament will win a brand new smartphone!

Bongo can be accessed from any device, such as a mobile phone, smart TV, laptop, or computer. Mobile data and broadband connections will allow viewers to watch these matches Live on Bongo for free. Anyone on an Android or iOS device can watch the game by installing the app or visiting www.bongobd.com.