Country's 40 districts at high risk of Covid infections: WHO 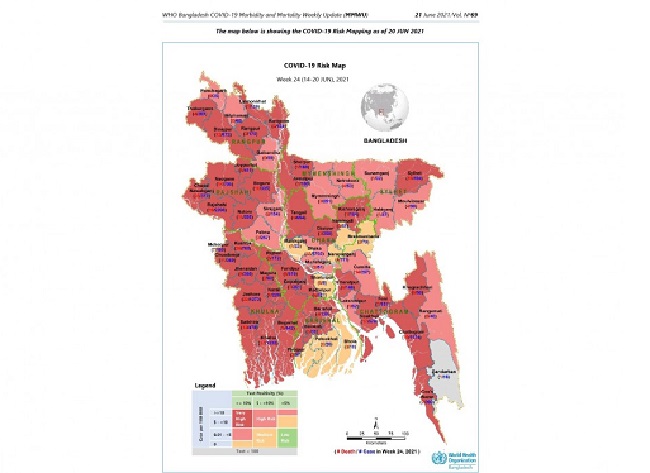 Two-third of Bangladesh is now at very high risk of the coronavirus, according to the World Health Organization (WHO).

The WHO identified the levels of risk based on a one-week (14-20 June) sample test and patient identification rate.

Two other districts, including Dhaka, are at high risk of infections.

Three districts in Barishal are at high risk, and the remaining three are at medium risk. As per the latest, the total infections in the country reached 8,66,877 while the death toll is at 13,787.