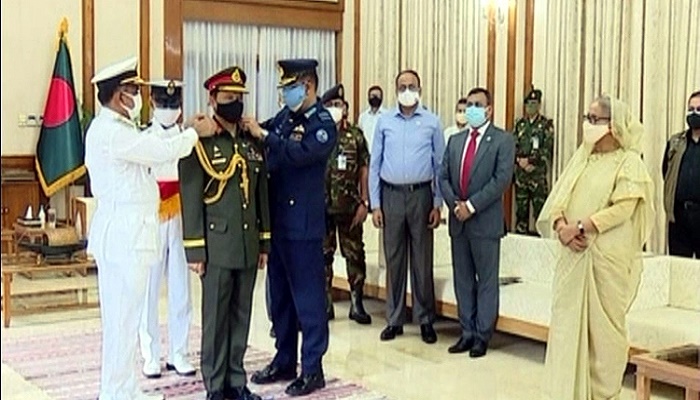 Newly-appointed Chief of Army Staff SM Shafiuddin Ahmed was adorned with the rank badge of ‘General’ in presence of Prime Minister Sheikh Hasina at Ganabhaban on Thursday morning.

After the badge-adorning ceremony, the Prime Minister congratulated the new army chief with a bouquet and wished him success, he said.

On June 10 last, Lieutenant General SM Shafiuddin Ahmed, Quartermaster General of the Bangladesh Army, was named as the new chief of the army staff for the next three years with effect from June 24, 2021.

Shafiuddin was commissioned into the army in the 9th Bangladesh Military Academy Long Course on December 23, 1983 in the infantry corps.