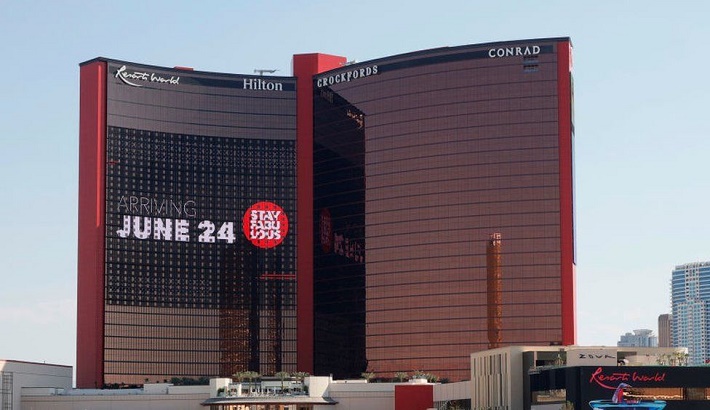 Malaysian casino operator Genting Group is taking a $4.3bn (£3bn) bet on Las Vegas as it opens a huge new resort in the US gambling capital today.

Resorts World Las Vegas is the most expensive resort ever developed in Las Vegas.

Las Vegas saw visitor numbers slump by more than 50% last year as casinos were forced to close their doors for three months due to coronavirus restrictions.

Tourists are now returning but numbers remain well below 2019 levels.

Covering almost 88 acres, the new resort has 3,500 hotel rooms and suites, a 5,000-seat theatre and one of the world's biggest LED screens on one of its towers. It is the biggest new property on the city's famous Strip in over a decade.

Genting has partnered with US hospitality giant Hilton Worldwide, which has three hotels in the resort.

It is hoped that the new attraction will prove to be a major boost for Las Vegas, which was hit hard by measures to slow the spread of Covid-19 last year.

The city saw visitor numbers jump over 15% between March and April this year but those numbers are still more than 27% lower than the same period in 2019, the Las Vegas Convention and Visitors Authority said.