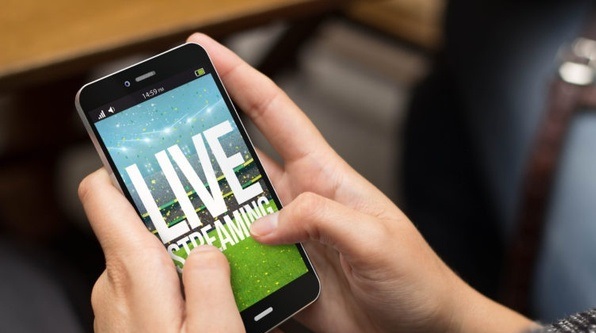 Some live streaming apps have engaged several thousand young girls in doing sex chats with men at home and abroad, alluring them of paying handsome amounts of money every month.

The Anti-Terrorism Unit (ATU) and the Criminal Investigation Department (CID) of police have found evidence that nearly Tk 230 crore has been laundered through StreamKar, Bigo Live and Likee Apps in the last one year.

The apps have many agencies in the country. The agencies appoint beautiful and smart girls and they are assigned to hold live video chats with several men, who have to pay an amount of money through virtual currencies to the girls.

By which, the admin and agents earn money and give a commission to the girls -- mostly from schools, colleges and universities.

A young beautiful girl through ‘Rim Jim,’ a Host ID of StreamKar App,  held live video chats with several men and entertained them with sex related words and gestures, and got a commission amounting to over Tk 1.78 lakh in June last year, said sources in the Anti-Terrorism Unit (ATU) of police.

Another girl through another Host ID named ‘Thistle Flower’ got a commission of over Tk 1.03 lakh in the same way in February that year, they added.

The greed of earning huge amounts of money in a shortcut way has already pushed several thousand young girls to do the immoral acts, endangering their lives and helping the agencies and admins of the StreamKar, Bigo Live, Likee and some other streaming apps to launder crores of taka from the country every month, the sources also said.

Dr Fatema Rezina, professor of Department of Sociology at Dhaka University, has told the Daily Sun that many girls are trapped to do the immoral acts taking their vulnerability as chance while many willingly engage themselves in the bad acts for leading a better life.

There is also a matter of moral degradation in this regard, she said.

Khandaker Farzana Rahman, chairman of Criminology Department of Dhaka University, has told the Daily Sun that the way of earning money is a crime as per the laws.

She has suggested law enforcing agencies enhance their cyber vigilance to thwart such chats. She has also suggested formation of a taskforce by the agencies to combat the newly-discovered online crime.

The ATU of police first detected such kind of crime by arresting four members of an agency of the StreamKar App from Dhaka and Noakhali on May 18.

Md. Mahiduzzaman, superintendent of police (SP) of the ATU’s Cyber Crime unit, told the Daily Sun that there are several thousand young girls are engaged themselves in the bad acts through the apps.

The ATU has primarily come to know about 1,000 girls running Host IDs on the StreamKar App and they continue to hold live chats, he said.

Most of the girls are the students of colleges and universities, he added.

The officer said family members of many girls contacted them and requested to stop the IDs aiming to save the girls from dangers.

The officer said that some married beautiful women have also involved in the chatting, which negatively affected their conjugal lives.

According to the officer, a private jobholder was leading a happy life with his wife in a flat in the capital. But once he came to know that in his absence his wife often engaged in video chatting with several men through the StreamKar App.

The man forbade his wife to refrain from chatting with the men, but she did not pay heed to his words. His wife tried to manage her husband that she was getting a handsome amount of money by chatting.

But, he insisted on his stance and alerted her several times. As she persisted in continuing video chatting with other men, he divorced her a few days ago.

After the divorce, the man came to office and requested the SP to create a way to stop the live video chatting apps aiming to save the family bondage.

On the stop of the IDs, he said that they were trying their best to do so, but it is very difficult.

The StreamKar App has two kinds of IDs--Host ID and User ID. There are some agencies of the app in our country. The agencies are called Beans agencies, who recruit beautiful girls and Host IDs are opened against the girls in various names.

A User ID holder needs more than one lakh Beans to do live video chat with a Host ID holder per hour.

It means the admin of the app take Tk 400 against 1,000 while the rest 600 is taken by the beans agencies.  And the agencies pay a commission, which they call salary, to a Host ID holder monthly.

The system of chatting through the Bigo Live and Likee are the similar.