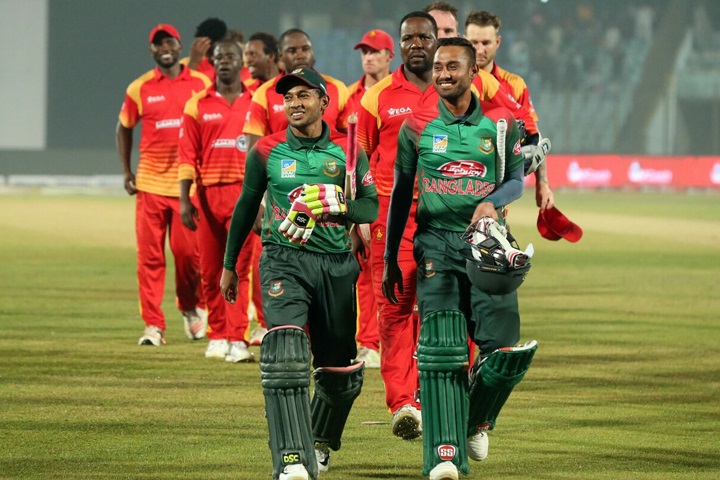 Bangladesh Cricket Board (BCB) announced squads for the Zimbabwe tour starting on July 7 with the solitary Test in Harare.

Shamim Hossain Patwary, a right-arm spinner and left-arm batsman, has been called up to the 16-member T20I squad as the only uncapped player.

He was one of Bangladesh’s main performers during the U-19 World Cup triumph in 2020 in South Africa.

Nurul Hasan Sohan, the right-hand wicketkeeper-batsman, made a comeback to all three formats for the tour, which consists of one-off Test, three ODIs and three T20Is. Nayeem Hasan, the right-arm spinner, has been added to the Test squad as well. He was out of Bangladesh’s last Test squad during the Sri Lanka tour.

Shakib Al Hasan, Nurul Hasan Sohan and Naeem Hasan have been called up to the Test squad while Mohammad Mithun has been omitted.

Sohan also made a comeback to ODIs along with Taijul Islam and Rubel Hossain while Soumya Sarkar and Mahedi Hasan have been removed from ODIs.

The Zimbabwe series will kick off with the one-off Test on July 7 while three ODIs will take place on July 16, 18 and 20 while the T20Is will be played on July 23, 25 and 27 respectively.

All the matches of this series will be hosted at the Harare Sports Club.