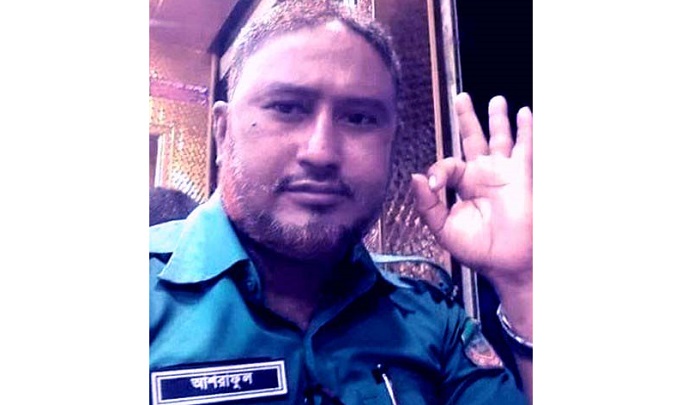 A police constable working in Rangpur Metropolitan Police (RpMP) died of a heart attack while on-duty in Rangpur city on Tuesday night.

Ashraful Alam used to live with his family in Satgara Mistripara area of the city.

He is survived by his wife Abida Sultana Irene and son Arifuzzaman Utsa. His sudden death has cast a shadow of mourning over the family as well as the local police department.

Alam was in a police vehicle while on his usual duty at New Engineer Para in the city on Tuesday night.

Suddenly, fell ill when his colleagues rushed him to Rangpur Medical College Hospital where the attending doctor declared him dead.

His first Namaz-e-Janaza was held at the Rangpur Metropolitan Police Line Ground in the city last night.

Later, the body was handed over to the family.

After the second Namaz-e-Janaza at Hatibandha Lokman Hossain High School ground in Lalmonirhat this noon, the police constable’s body was buried at his family graveyard in his native village.