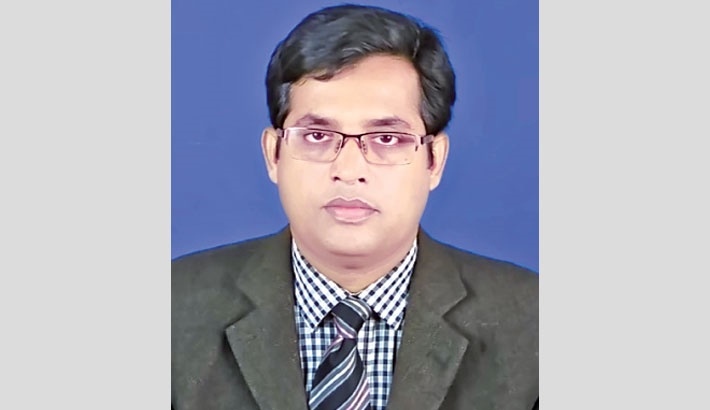 The Bangladesh Awami League (AL) is one of the oldest political parties in South Asia, having a long history of facilitating the emergence of Bangladesh as an independent country. Following the partition of India and Pakistan in 1947, the ruling Muslim League's growing authoritarianism in the newly formed state of Pakistan compelled many leaders to leave the organisation that had driven the strife. The Awami Muslim League was founded on June 23, 1949, in the Rose Garden of K M Das Lane in Dhaka, with Maulana Bhashani as President, Shamsul Haque as General Secretary, and Sheikh Mujibur Rahman as Joint Secretary.

Since its inception, the AL sought to establish a democratic system with nationwide elections and increase rights for the provinces. By dropping the word “Muslim” from its nomenclature in 1955, the AL signposted a shift towards a secular political culture. The party adopted a 42-point agenda upon its inception, focusing on the desire for provincial autonomy. The AL's major demands during the early stages of Pakistani rule included acknowledging Bangla as one of the country's official languages, one man one vote, democracy, constitution-making, parliamentary government, regional autonomy, and the elimination of disparities between the two wings. The AL and the Chhatra League (its student front, founded in 1948) played a pivotal role in the 1948-52 language movement. Before the February 21 killing, the AL was a driving force behind the development of the “All Party State Language Action Committee”.

The Awami Muslim League played an important role in building the electoral United Front in East Bengal against the Pakistani government during the general elections of 1954, together with three other parties: the Krishak Sramik Party, Nijam-e-Islam Party, and Ganatantri Dal. The United Front campaigned on a 21-point comprehensive socio-political agenda, the two main planks of which were “the state language issue” and “the demand for East Bengal autonomy”. The United Front won a landslide triumph in the elections contested on March 8-12. The Muslim League won just nine seats out of 237 Muslim seats, compared to 223 won by the front. The AL alone won 143.

The AL suffered a major organisational issue on March 18, 1957, when Maulana Bhasani resigned from the party after a dispute with Huseyn Shaheed Suhrawardy. Sheikh Mujibur Rahman assumed command of the organisation at this critical time. After just nine months as a minister, he resigned on May 31, 1957, to devote his full attention to the development of the party.

The AL, led by Sheikh Mujib, emerged as the dominant party in the campaign for East Bengal autonomy under General Ayub's authoritarian government (1958-1969). Following Suhrawardy's death in 1963, Mujib became the leader of the AL, which grew to become one of Pakistan's most powerful political organisations. In 1962, a revolutionary student movement was formed to fight Field Marshal Ayub Khan's military administration, which forced him to speed up the transition to civilian rule, resulting in the adoption of Pakistan's second Constitution the same year. Over the next two years, the political environment had displayed promises of improvement. With Field Marshal Ayub Khan's triumph over Fatima Jinnah in the 1964 presidential election and Pakistan's reversals in the war against India the following year, it came to an end unexpectedly.

East Pakistan's severe fragility and instability spurred East Pakistani politicians and youths to rethink their thoughts about the country's political potential. As a response, Sheikh Mujibur Rahman, the AL's head, announced a six-point agenda in February 1966. This proclamation, sponsored by AL and Bangabandhu, signalled a political change. This was a long list of requests in East Pakistan for autonomy or state rights. A separate currency, an independent trade policy, and an East Pakistan militia organisation were all demanded.

Concurrently, in 1966, the government of Field Marshal Ayub Khan detained Sheikh Mujibur Rahman and 34 of his allies on accusations of conspiring to obtain independence for East Pakistan by armed insurrection, perceiving the urge to rebel among politicians and students in East Pakistan. Following the so-called Agartala Conspiracy Case, Sheikh Mujib was imprisoned from May 1966 to January 1969. There was a widespread revolt against both the Agartala plot and the Ayub Khan regime during that time.

After the Legal Framework Order was enacted on March 30, 1970, by Gen. Yahya Khan, Sheikh Mujib delivered a speech in which he explained his proposal for federalisation and asked Pakistani people to support him and the AL in the creation of a constitution.

Meanwhile, on November 12, a massive storm struck East Pakistan's coastal areas, and those who were most impacted received little or no help from the Pakistani government. Sheikh Mujib, who travelled the cyclone-affected areas, criticised the Pakistani government for failing to assist storm survivors. He delivered an important address after his visit. He ended his address by stating that East Pakistan would gain independence through a referendum. This was also a sign that the AL, led by Sheikh Mujib, had begun to consider the independence of East Pakistan from West Pakistan in the latter part of 1970.

The mass movement of 1969 and the disaster wrought by the storms in November 1970 significantly impacted central and provincial elections held the December. The election resulted in a resounding win for AL. Mujib and his AL won 160 of the 162 seats allotted to East Pakistan in the National Assembly, compared to 81 seats gained by Bhutto's Pakistan People's Party out of the 138 seats allotted to West Pakistan.

The Pakistani government's reluctance to hand over power to the AL after a resounding win threw the political battle into disarray. March 7, 1971, became a tipping point in the political battle for an independent Bangladesh, amid continuous rebellion by the AL, students and workers, and growing anxiety about the country's future. On that day, Sheikh Mujib announced the goal of Bangladeshi independence at Dhaka's Ramna racecourse, saying, “This battle is for our freedom, this struggle is for our independence.” Bangabandhu made a diplomatic proclamation of independence through his address. Sheikh Mujib had no choice but to declare official independence when the Pakistani army launched “operation searchlight” on the people of Bangladesh at midnight on March 25, 1971. As a result, Sheikh Mujib declared Bangladesh's independence in the early hours of March 26, 1971.

The people of Bangladesh began their battle against Pakistan's dictatorial rule after hearing the proclamation of independence. Soon after proclaiming independence, Sheikh Mujib was arrested, transported to West Pakistan, and held in solitary prison. In the absence of Bangabandhu, the AL leaders and the people of Bangladesh, with the help of allied forces of India, fought the Pakistani dictator. Finally, on December 16, 1971, after a nine-month bloodbath, the Pakistani army was forced to surrender to the allied forces, resulting in the birth of a newly independent Bangladesh on the world map.

Under the above circumstances, it can be claimed that the AL, Bangabandhu, and Bangladesh are inextricably linked in our country's history. The AL spearheaded the liberation struggle and continues to play an important role in Bangladesh's development. However, with the assassination of Bangabandhu with most of his family by state-sponsored actors on August 15, 1975, the country's progress languished for a long time. Sheikh Hasina, Bangabandhu's daughter, sought to speed up the country's growth after her party won the election in 1996, but she could not continue her efforts when the party lost the election in 2001. She has, nevertheless, been working diligently since 2008, when the party appeared to be on the verge of a landslide win. The party has been in power for three terms in a row since then. Her father's goal of building a “Sonar Bangla” is on the right track to becoming a reality due to her relentless efforts.

(All sources of information have been duly acknowledged.)