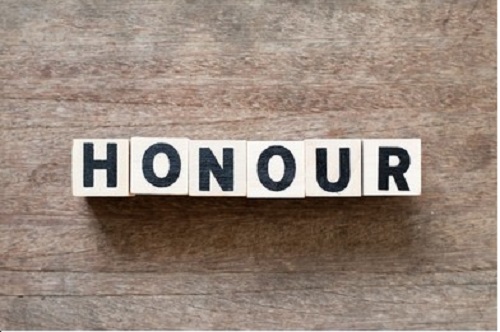 A woman from Edinburgh pled guilty of issuing death threats to her son after finding out he was dating a white woman this week. While the 27-year-old got lucky, a couple in Dera Ismail Khan was unfortunately star-crossed on Thursday. The fates of the two parties could not be more different despite their crime being the same. The Scottish man is safe and still living with the partner of his dreams. His mother has been slapped with a fine. On the other hand, the Pakistani couple could not escape the kiss of death even after knocking on the door of justice for relief. It was gunned down for the unforgivable transgression of choosing love. As if the two snapshots were not enough to highlight the ugly cracks in our rosy portrait of family values, another girl was killed in Swat. Her bete noire: daring to defy her father’s choice of spouse.

The wretched story is as old as it gets, but with a few new characters. Every time a Pakistani daughter steps over the supposed line to exert her agency, the sickening patriarchal norms come into play. So determined is the society to uphold its obsessive control over women’s bodies that it shuts eyes to the strength of blood ties.

Justice Faez Iza once remarked that the word “honour” should not be used to celebrate the abominable use of violence. Going by the similar disdain by the Indian Supreme Court (there was no “honour” in “honour killing”), the vile act should not be allowed to be justified on any ground. By calling out murder as the “kill(ing of) all mankind,” Holy Quran has unequivocally condemned such acts. Stricter amendments made to the Penal Code in the recent past (2004 and 2016) were similarly hoped to have plugged the loopholes in the existing laws pertaining to honour killings. Furthermore, both Islam (Quran 2:232) and the 1973 Constitution (Article 35) give full freedom of choice to those who wish to get married. Thus, on what preposterous grounds do our social structures strive to keep a vindictive communal outlook alive in this day and age?

There is nothing honourable in the excuse that such killings are necessary to save the family’s reputation. No qualms about that. But if both Pakistan’s decalogue and de facto religion are against any interference in matrimonial choices, why are such murders still pervasive across the country? A mere glance at the news clippings of last year alone is testament to their gory scale. Human rights organisations lament almost 1000 killings in the name of honour each year. With the largely unreported nature of these crimes, the actual number would, definitely, be much, much higher. How then can their sickly frequency be abated? Here is where the house of law can step in. The low conviction rate that finds its basis in a drastically different treatment of killing in the name of honour holds the key. Quite expectedly, courts continue to empathise with the accused; going to the extent of finding the whys and wherefores to hand out lenient punishments. While Supreme Court’s 2020 verdict (in Muhammad Abbas v The State) should be celebrated for finally bolting the door shut on the element of provocation, these progressive decisions are still hard to find. Until upholding the sanctity of life becomes the yardstick come what may, innumerable Qandeel Balochs would continue to be brutally killed for resisting entrenched norms. We’ve had young girls stabbed to death (August 2020); pelted with stones (June 2020) and shot dead (May 2020) in last year. Who knows what crooked ways our aggressively chauvinist status quo would think of next to trample upon its women!