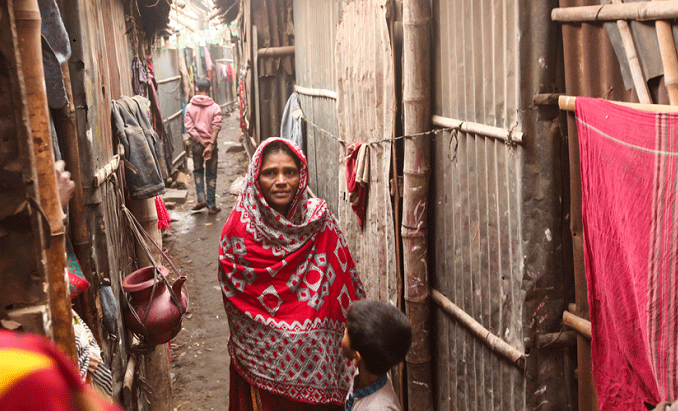 The rate of Covid-19 antibody generation is higher among people living in slum areas, an icddr,b study has found.

The purposive study said 72% of people living in slum regions were found to be Covid-19 seroprevalence positive, commonly known as its antibody, according to Dr Rubhana Raqib, one of the principal investigators of the study.

While responding to a question in a virtual program on Tuesday, she also said that 62% of people who live in non-slum areas were also found to be Covid-19 seroprevalence positive.

A total of 3,220 people took part in the survey, which took place in three Dhaka slums and two Chattogram slums between October 2020 and February 2021.

The study included non-slum areas near slums as well.

The goal of the study, titled "Driving Factors of Covid-19 in Slums and Non-Slum Areas of Dhaka and Chattogram," was to identify the prevalence of infection in slum and non-slum groups in Bangladesh's two largest cities, as well as the factors that influence seropositivity.