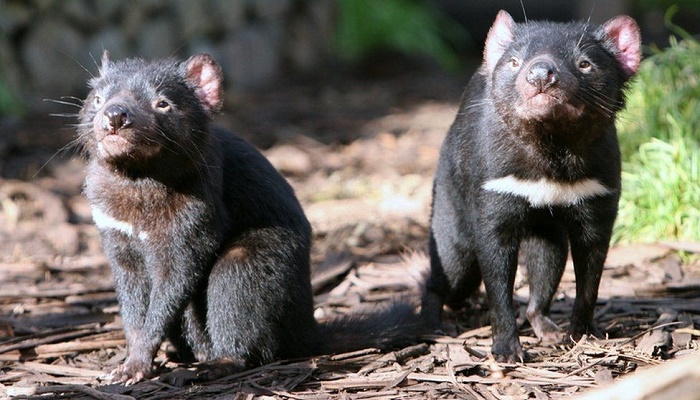 A project to preserve endangered Tasmanian devils on a small island has backfired after the predators killed seabirds in large numbers, a conservation group says.

A small number of devils were shipped to Maria Island east of Tasmania, Australia, in 2012.

The move aimed to protect the mammals from a deadly facial cancer that had driven them towards extinction.

The devils have recovered since, but the island project has come at a cost.

The introduction of the devils to the island has had "a catastrophic impact on one or more bird species", according to BirdLife Tasmania, a local conservation organisation.

Citing a government survey, BirdLife Tasmania said a population of little penguins that numbered 3,000 breeding pairs in 2012 had disappeared from the island.

"Losing 3,000 pairs of penguins from an island that is a national park that should be a refuge for this species basically is a major blow," said Dr Eric Woehler, a researcher for the group.

Dr Woehler said the outcome was no surprise given what research shows about the introduction of mammals to oceanic islands.

In 2011, a report by the Tasmanian Department of Primary Industries, Parks, Water and Environment suggested the introduction of devils would have "a negative impact on little penguin and shearwater colonies on Maria Island".

Last year, a paper published in the Biological Conservation journal said the devils had "eliminated" a colony of shearwater, a species of sea bird.

"It's very clear that the devils have had a catastrophic ecological impact on the bird fauna on Maria Island," Dr Woehler said.

Tasmanian devils at a glance:

--The Tasmanian devil is the world's largest surviving carnivorous marsupial, a type of mammal

--They can live for more than five years in the wild, if they avoid catching cancer

--Hearing is considered to be their strongest sense

The mammals were moved to the island under the Save the Tasmanian Devil Program (STDP), a joint initiative of the Australian and Tasmanian governments.

Tasmanian devils are classified as an endangered species by the IUCN Red List, which keeps a database on the conservation status of animals.

But Dr Woehler said their numbers had recovered in Tasmania and on the Australian mainland, where devils were born for the first time in thousands of years last month.

Given this, Dr Woehler said removing the mammals from Maria Island would "not have any adverse consequences for the devil".

A Tasmanian government spokesperson said the programme would "continue to evolve in line with new knowledge in science and emerging priorities".

However, the spokesperson said, "Maria Island remains an important part of the broader devil programme to help restore and maintain an enduring and resilient wild devil population in Tasmania."