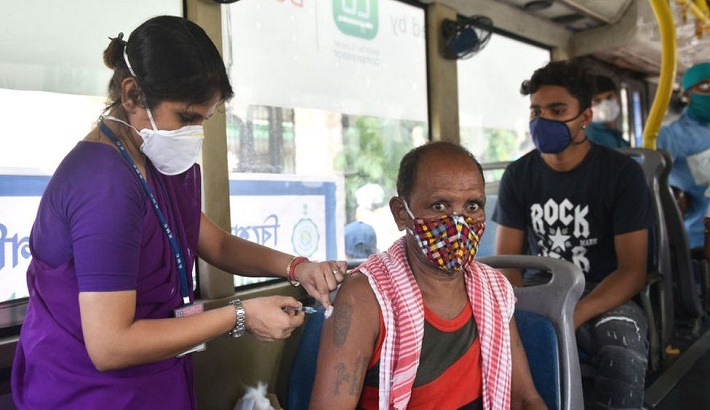 India has launched a new vaccine drive, announcing a record eight million jabs on the first day of the programme.

The new policy sees the federal government buying Covid-19 jabs from manufacturers and supplying to states.

India is one of the largest vaccine makers in the world.

To scale up the vaccination drive, Prime Minister Narendra Modi announced earlier this month that everyone would get "free vaccines" from June 21.

Although the states competed on the open market for the vaccines doses for 18-44 age group, recipients were able to get them for free at state government's vaccination centres.

Meanwhile, the federal government was vaccinating frontline workers and those aged above 45 years - also for free.

Under the new policy the federal government will now buy 75% of all vaccines manufactured.

The state governments will receive their vaccines doses for free from the federal government, instead of negotiating directly with manufacturers.

However, it's worth noting that the remaining 25% of vaccines are still set aside for procurement by private hospitals as before.

These vaccinations are not free - and have to be paid for at private hospitals.