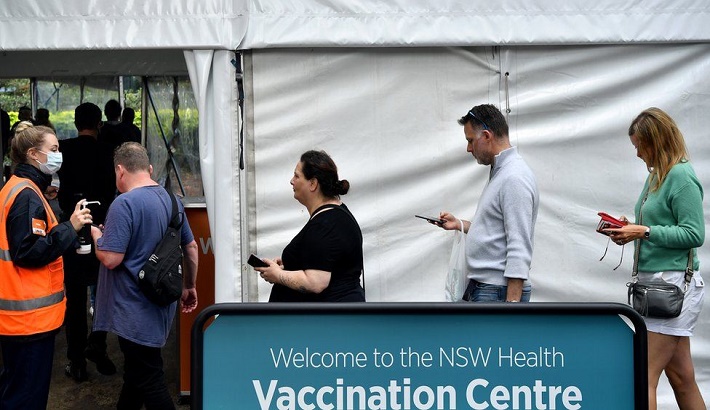 Australian doctors have reported a surge in the number of people cancelling their vaccine appointments, amid a new wave of caution over the AstraZeneca jab.

It comes after the government updated guidance last week to recommend only those aged over 60 get the shot, due to the risk of a rare blood-clotting syndrome.

Under-60s have been advised to get the alternative Pfizer shot, of which there are limited supplies.

Turning down any vaccine - and AstraZeneca is the world's most widely used one - may seem remarkable to other nations still battling rampant Covid.

But Australia is one of the few nations where the virus has never truly taken hold. So for many locals, even amid new outbreaks in Sydney and Melbourne, the risk of catching Covid is seen as lower than developing a rare blood clot.

Vaccine hesitancy has been an issue in Australia for months.

Australia's vaccine programme began in February, and is currently open to all aged over 40.