SAFF, Bangabandhu Gold Cup to be held outside Dhaka 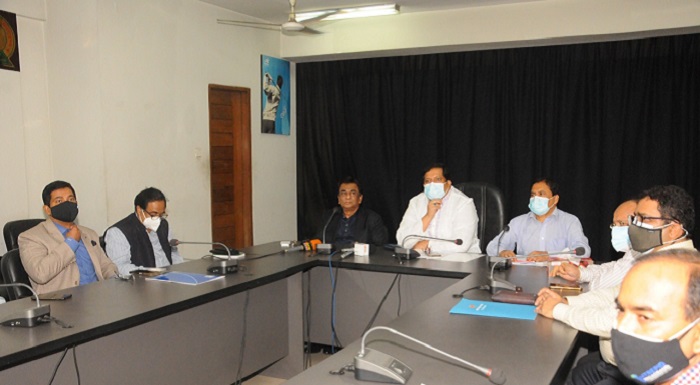 The upcoming editions of South Asian Football Federation Championship and Bangabandhu Gold Cup will not be held at Bangabandhu National Stadium as the sports ministry will renovate the venue.

The 13th edition of SAFF Championship was expected to be held on September 14 to 25 and the 8th edition of Bangabandhu Gold Cup next year.

“Our league (BPL) will conclude on August 5, then we will hand over the stadium to the sports ministry for renovation,” said Bangladesh Football Federation president Kazi Md Salahuddin to the reporters in a press conference at National Sports Council on Monday.

“We may face problems hosting SAFF and Bangabandhu. There are several other stadiums in Sylhet, Chittagong, Comilla. If we fail to arrange these meets in BNS, then we have to find some other venues,” he added.

The sports ministry will start renovating the stadium on Tuesday under their infrastructure development project. State Minister for Youth and Sports Zahid Hasan Russell MP disclosed their plan in the presser.

“We have planned to install a shade over the stadium. Besides, we will renovate the gallery, dressing room, president box, VIP box, media center, doctors room and toilets. We will start work on pitch and turf just after the league. The whole project will end next year,” the sports minister added.