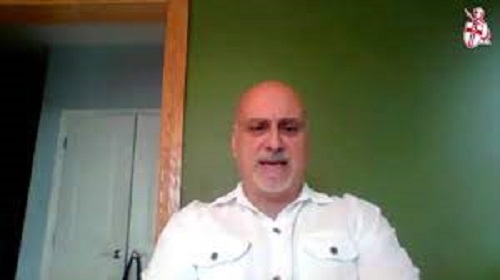 CHINA has placed the UK at the forefront of intelligence gather efforts in a bid to steal valuable technology, a former CIA officer has told Express.co.uk.

China has been focusing covert action against the UK, the US, France, and others in a bid to steal prized technology, according to former US senior intelligence official Nick Eftimiades. The espionage expert has been tracked Beijing's global covert actions for decades and claims to have traced hundreds of cases back to the regime of Xi Jinping and his predecessors. Speaking to Express.co.uk, Mr Eftimiades is clear that Britain is at the "forefront" of Chinese intelligence-gathering with the CCP looking to profit from UK technological secrets.

Mr Eftimiades told Express.co.uk: "I have been following Chinese espionage and economic espionage since the mid-1990s, since the early 90s as well.

"In fact over the past decade, I have built up a database of almost 600 cases that have been identified as Chinese espionage, economic espionage, covert action which is a specific type of covert work on behalf of a foreign government etcetera.

"We learn a lot of things through that much data very specifically the trends, the types of technology China is after.

"As well as the operational means and methodologies which we term tradecraft which they use to illegally or covertly acquire these technologies."

The expert on Chinese espionage operations added: "In the case of the United States and Europe, and Japan, advanced countries and I can actually name them.

"Those as far as theft of technology and economic espionage those countries are at the forefront of China's efforts."

The warning comes as former Conservative Party leader Iain Duncan Smith warned that the West is responsible for having "created the threat from China."

Mr Duncan Smith told Sky News: "Well firstly you have got to openly understand and recognise the distinct threat that China poses to members of the free world.

"Secondly you have got to understand that it is in fact the free world that has created this incredible leviathan China economically in a place that the Soviet Union could only ever have looked at and wondered.

"And it is the result of all of that is no rebounding back on us because that naivety of approach to China's deep-rooted ambitions is where the real problem arises. You know the brutality of them at home when you cross them they are brutal.