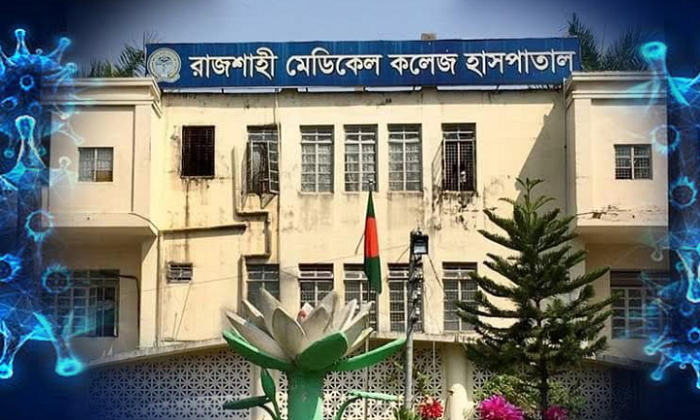 The surge of Covid-19 cases has been continuing in all eight districts of the division since very beginning of the second wave making the division hotspot of the deadly virus.

According to the official data on April 1 last, the number of positive cases was 26,907 with 411 fatalities as in Rajshahi city, the number of infected patients was 5,000 with 35 deaths.

Meanwhile, a total of 799 more people have tested positive for Covid-19 in all eight districts of the division on Sunday, raising the number of infections to 48,056.

With 13 more fatalities from the disease reported afresh on the day, the death toll reached 739, including 348 in Bogura and 124 in Rajshahi with 74 in its city, said Dr Habibul Ahsan Talukder, divisional director of Health.

Among the infected people, 35,576 have, so far, been cured from the lethal virus with 266 new recoveries found on Sunday.
A total of 4,762 infected patients are now undergoing treatment at different designated hospitals here.

Besides, all the positive cases for Covid-19 have, so far, been brought under necessary treatment while 10,642 were kept in isolation units of different hospitals for institutional supervision.

Of them, 8,036 have by now been released. On the other hand, 527 more people have been sent to home and institutional quarantine afresh while 241 others were released from isolation during the last 24 hours till 8 am today.

Of the total new positive cases, the highest 372 were detected in Rajshahi, including 315 in its city, followed by 91 in Joypurhat, 84 in Bogura, 77 in Natore, 61 in Chapainawabganj, 54 in Naogaon, 48 in Pabna and 12 in Sirajganj districts.

A total of 79,373 people have, so far, been kept under quarantine since March 10 last year to prevent the community transmission of the deadly coronavirus (COVID-19).