The Russian perspective on the Afghanistan situation post US withdrawal 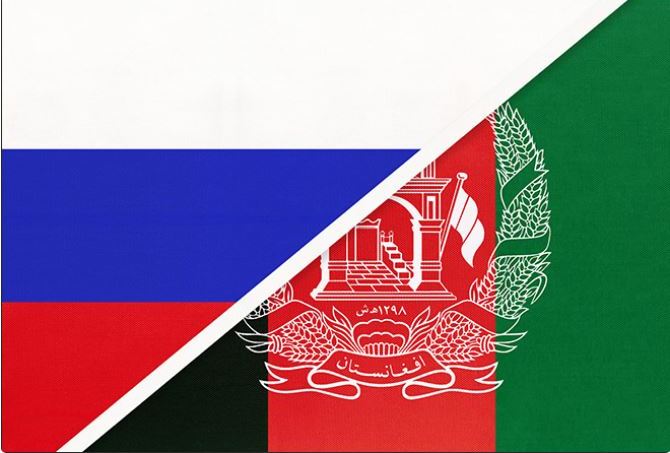 Afghanistan is not yet destined to become like Switzerland, and full-fledged peace in this state will not be a reality in the foreseeable future. Today, US efforts are aimed at establishing relative stability and a sustainable truce. In February 2018, the Afghanistan President, Ashraf Ghani, launched a historical process that, if the outcome is favourable, can change its socio-cultural image. If it is negative, it can unleash a new stage of a full-scale civil war. The head of state (of course, at the sponsors’ instigation) called on the Taliban to lay down their arms, sit down at the negotiating table, participate in elections and become a legitimate political party. In fact, from that moment on, a long and complex negotiation process with the Taliban began, in which representatives of the world and regional powers have taken part. Two years later, the United States signed a peace agreement with the Taliban.

The radical consistently control about 40 percent of the country’s territory, with destabilisation reaching unprecedented proportions. After the bulk of US troops withdrew in 2014, a power vacuum emerged, which was filled by the Taliban. The radicals moved into the cities and terrorist attacks have now become commonplace; violence is at record levels with the number of deaths and injuries increasing exponentially. The Taliban now represent an informal power in many southern and eastern provinces.

At the same time, both sides of the conflict—the Taliban and Kabul—have realised that no one will win a military victory, and the situation is generally deadlocked. A similar understanding has come to the world’s capitals. The US military began to mention the conflict hopelessness. So, the former US commander and NATO military contingent in Afghanistan, General John Nicholson, spoke about the impossibility of a military solution to the crisis.

Accordingly, several questions arise, the answers to which may be ambiguous. First, what is the essence of the peace process? Secondly, what possible scenarios can Afghanistan expect? Third, what is Russia’s role and what are its interests?

Moreover, to begin with, we should answer the question: Why did the United States launch the process of peace negotiations with the Taliban? Donald Trump’s arrival in the White House changed views on foreign policy in the United States. Of course, this also affected the situation in Afghanistan. The former President saw no point in foreign military campaigns. To some extent, we can even talk about conditional isolationism by the Trump regime. At least, Trump insisted on such a political strategy. These modern realists, and the Oval Office owner among them, are convinced that America’s restraint in the world will reduce risks. At the same time, classical neoconservatives and interventionists oppose the very formulation of this question, seeing it as a threat to American dominance. However, even with the arrival of Joseph Biden in the White House, the US departure from Afghanistan was not stopped. Moreover, the Democratic master of the Oval Office signed the decree on the complete withdrawal of US troops from Aghanistan, which should take place by September 2021.

To date, we can conclude that the US administration’s policy is aimed at minimising the military presence in Afghanistan, and is also a recognition of the entire campaign’s ineffectiveness and, as a result, the inability to win a military victory over the Taliban.

However, one important circumstance gives hope, at least, to continue attempts to reconcile the warring parties. It is that both Kabul and the Taliban have realised that they cannot win militarily. The Taliban will not be able to restore its power throughout the country; official Kabul will also fail to gain a foothold in the southern and eastern provinces and inflict irreparable military damage on the radicals. Moreover, for the Taliban, the withdrawal of US troops is a historic victory, which means its transformation into the main Afghan political force. Thus, we can make a forecast that the Taliban will strengthen in Afghanistan.

Consider trying to answer the question, what are Russia’s interests? Moscow has an active policy on the Afghan track. A new format of deliberation and negotiation was created almost from scratch—the Moscow Consultations. Their purpose is to invite the warring parties and the regional and world powers diplomats that have a geopolitical influence on the situation in Afghanistan to the negotiating table as often as possible. It cannot be called a breakthrough or a success. However, the Afghan conflict and its resolution mechanisms do not imply anything that can be done or seen as a breakthrough. This is a long process, and countries interested in stabilisation should push the warring parties to reconciliation.

Moscow and Kabul are not as disconnected as they may seem at first glance. Suffice to say that Afghanistan was the first country to recognise the young Soviet state in 1919. Moscow responded similarly, and soon the countries signed a Treaty of Friendship. Historically, the Afghan territory has always been in the sphere of Russian interests. This moment is due to many factors: Geographical proximity, history, geopolitical confrontation, economy, and trade routes from South to North. There were many elements that made up the relations between the two states: Cooperation, trade, rapprochement, betrayal, distrust and hostility. However, the tragic and erroneous entry of Soviet troops into Afghanistan and the subsequent war was the most “vivid” in the series of events that both countries experienced.

For quite a long time, the Kremlin did not have any strategy in the Afghan direction. However, now there is a confident desire to create it. Russia has certain competitive advantages: It knows the country, the region, the people and the culture. To this day, the Russian special services have Afghan databases, maps and topographic maps. For a long time, Moscow’s main interest was to stop potential threats from terrorist groups from the south. This case is about physical counteraction and combating the export of extremist ideas and the influence that, according to Moscow, can be exerted by numerous terrorist groups in the region.

Over time, from about 2014-2016, Moscow began to show more activity. Russia has never denied its contacts with the Taliban. The radical movement is the reality of modern Afghanistan.  From the IR theory realism perspective, not having contacts with the group that controls almost half of the country is an unjustified luxury. Moreover, the Western press often forgets that, for example, diplomats from the UK, Norway, Japan, Germany and the UN have contacts with the Taliban. Not to mention Turkish, Saudi, Iranian, Qatari, and Pakistani statesmen. The Americans in this series are the absolute leaders.

At the present stage, Moscow is interested in a stable, predictable and neutral Afghanistan. The territory of this country shares a long border with friendly Central Asian countries. They, in turn, have a visa-free regime with Russia and are bound by joint agreements within the framework of the Shanghai Cooperation Organisation, the Commonwealth of Independent States, the Eurasian Economic Union and the Collective Security Treaty Organisation.

Moreover, finally, the role of a region destabiliser, which is admittedly Pakistan, seems to be no less critical. Militarily, the powerful and de facto internationally recognised Taliban no longer needs any serious support from Islamabad. While being illegal in Afghanistan, Pakistan’s role for the Taliban was fundamental. The Taliban waged sabotage and terrorist wars against the United States and NATO from Pakistani territory. Here, we can observe another process that proves the systemic motive for withdrawing foreign troops from Afghanistan. If, in the initial stages of the military campaign, the Americans had managed to “keep in check” its Pakistani partners, and support for the Taliban was at a minimum level, then with the strengthening of the collapse of unipolarity, Islamabad would have become much more independent from the former hegemon.

Pakistan has long been based on the strategic depth concept, which implies establishing a puppet regime in Afghanistan to focus all resources and attention on the conflict with India. Today, there are no real signs of this foreign policy paradigm receiving Islamabad’s rejection. Surprisingly, even despite the United States and NATO’s efforts, Islamabad has not abandoned these strategies. Perhaps, in addition to Pakistan, the Taliban’s rise to power is not beneficial in the region and beyond. Moreover, this scenario can be avoided by limiting Islamabad’s support for the radical movement.