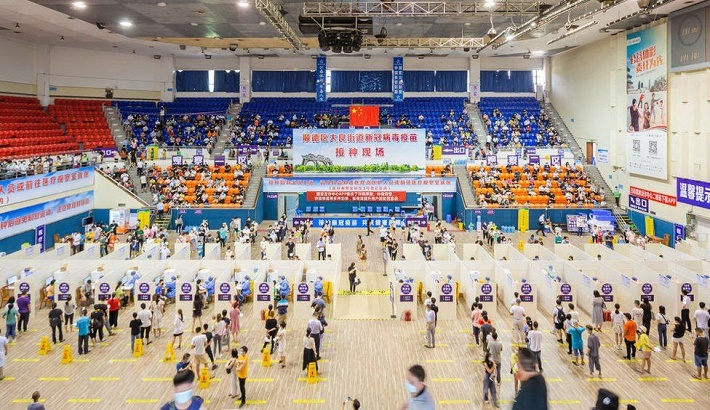 A total of 1,010,489,000 doses have been given as of Saturday, China's National Health Commission (NHC) said in a statement.

But incentives such as free eggs and concern over an outbreak of the Delta variant have seen jabs accelerate.

Chinese authorities aim to have fully vaccinated 40% of the country's 1.4 billion population by July.

People in China are being offered domestically made Chinese vaccines, including the Sinopharm and Sinovac vaccines. Both require two doses.

After lockdowns and mass testing prevented the virus from circulating, many Chinese felt little need to get vaccinated. Previous vaccine scandals had also left some people wary.

An outbreak of the Delta variant in the southern province of Guangdong has also convinced some Chinese to be vaccinated.