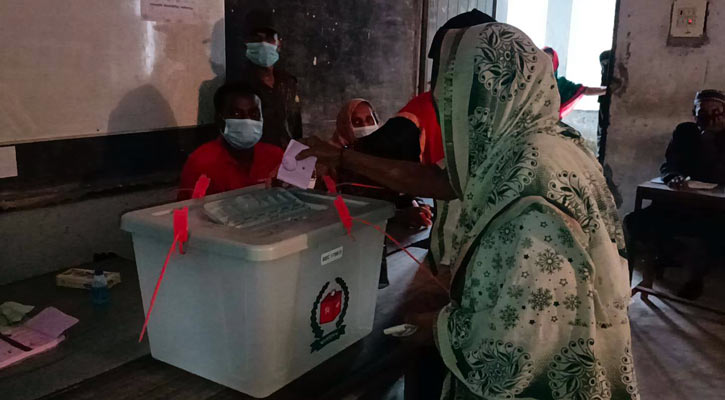 The By-election to Laxmipur-2 constituency as well as regular polls to 204 Union Parishads (UPs) and two municipalities are underway on Monday amid the cornavirus pandemic.

The voting began around 8 am and will continue till 4 pm.

Election Commission Joint Secretary and director (public relations) SM Asaduzzaman said all preparations have been taken to hold the elections in a peaceful manner.

The election to the UPs and the Laxmipur by-polls was scheduled for April 11 but it was postponed due to the worsening pandemic situation.

The Regional Election Officer, Cumilla is acting as the returning officer of the Laxmipur-2 by-polls.

According to a recent gazette issued by the Parliament Secretariat, Papul became ineligible to remain an MP under the Article 66 (1) of the Constitution as he was sentenced by a Kuwaiti criminal court to four years’ rigorous imprisonment.

Papul is currently in a Kuwait jail after he was arrested there in June last on charges of human trafficking, residency visa trading and money laundering.

Our Gazipur correspondent reports that the voting in six union parishads of Kaliganj upazila is going on peacefully.

A long queue of voters was seen outside the polling stations in the morning.

UNB Barishal correspondent reports that balloting in 50 UPs is underway with low voter turnout due to inclement weather.

Mohammad Nurul Alam, Barishal Senior District Election Commissioner, said no untoward incident was reported till filing of this report around 11 am.