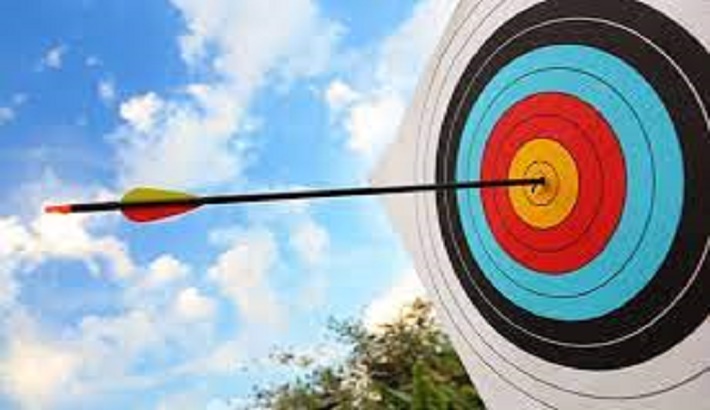 Bangladesh recurve women’s team comprising of Mahanaz Akter Monera, Beauty Ray and Diya Siddique failed ended the final qualification tournament for Tokyo Olympics with empty hands as the archers were eliminated from the elimination phase on Sunday in Paris, France.

The team conceded a 1-5 set points defeat to the Slovenia team comprising of Urska Cavic Spela Fers and Ana Umer in the round of 12. Bangladesh has ranked 9th among 28 teams in this event.

Earlier, recurve men’s team comprising of Ruman Shana, Hakim Ahmed Rubel and Abdur Rahman Alif were eliminated after conceding a 0-6 set points defeat to the Indonesian team comprising of Arif Pangestu, Alviyanto Bagas Prastyad and Riau Salsabilla in the pre-quarterfinal (round of 8) at the same venue.

The men’s team, which ended 9th among 36 nations there, beat the Portugal team comprising of Nuno Carneiro, Luis Goncalves and Tiago Matos by 6-0 set points in the round of 12.

Next day, individual participants will compete for the Olympics quota. Some 39 recurve men’s teams and 28 recurve women’s teams will vie in the Olympic qualification tournament. The top three teams from each category will get the quota.

The main phase of World Cup stage three will be held from June 21 to 27. The 11-member Bangladesh archery team, including 8 archers and 3 officials, reached Paris on Thursday.