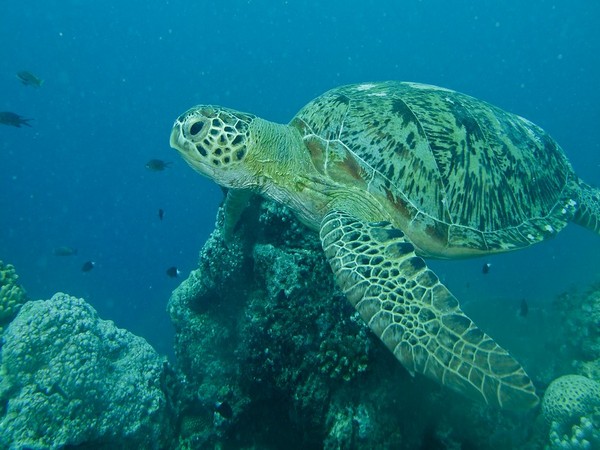 With increasing water pollution and garbage scattered across its beaches, Pakistan has been rapidly losing its traditional nesting sites for sea turtles, posing further threats to the already endangered species, according to experts.

Adnan Hamid, a senior wildlife official, said that Pakistan has lost 25-30 per cent of the nesting ground for green turtles over the past decade, Dawn reported Anadolu Agency.

"The two beaches are among the 11 largest nesting sites for green turtles worldwide. However, they have been ruined (in terms of serving as nesting sites) mainly because of uncontrolled construction in recent years," Hamid told Anadolu Agency.

Excessive water pollution and garbage, accompanied by decreasing natural habitats and careless fishing have immensely contributed to the dwindling number of the large saltwater species in recent decades, he said.

"Most of the solid waste left behind includes plastic bags and diapers, which are 'killers' for the reptiles. If consumed, they cause asphyxiation and eventually kill them," added the wildlife official.

The official further questioned why Pakistan's sea sites have still not been declared as Marine Protected Areas, reported Dawn.

Green turtles are also found on beaches in Balochistan.

Hamid further told Anadolu Agency that on the basis of conservative estimates, it can be safely said that the numbers of sea turtles have reduced by 20-30 per cent over the past ten years.

However, Muhammad Moazzam Khan, the technical adviser (marine fisheries) at the Karachi office of the World Wide Fund for Nature (WWF), believes the reptile population is increasing.

Meanwhile, Hamid said that most of the fishing trawlers in Pakistan lack a "turtle excluder device", which is another reason for the decline of sea turtles. But Khan, the WWF official, contended that some "minor" changes in fishing nets, coupled with fishermen training, have helped increase green turtle numbers.