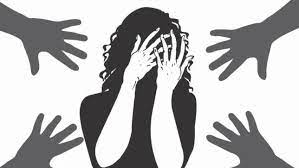 A class four student was  killed reportedly after rape at Lalitnagar village in Godagari upazila of Rajshahi district early Saturday.

The deceased was identified as Sumaiya Khatun, 11, daughter of Anwar Hossain of the village.

When her parents woke up in the morning they did not find her in her room.

After a frantic search, they found the body of Sumaiya under a pile of paddy husk.

On information, police recovered the body and sent to Rajshahi Medical College and Hospital morgue.

Police suspected that the girl was killed after rape sometime in the night.

Police are trying to identify the culprits, said the OC.