5 killed in truck-microbus collision in Narsingdi 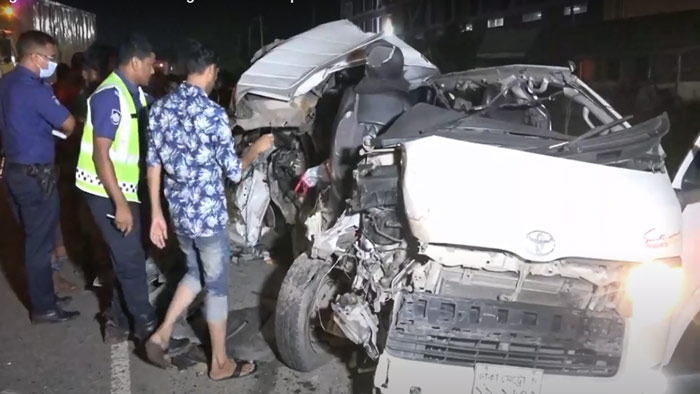 At least five people were killed and nine others injured when a truck hit a microbus on Panchdona-Ghorashal road at Bhatpara Sakurar intersection in Madhabdi upazila of Narsingdi district on Saturday night.

Enamul Haque Sagar, superintendent of Narsingdi Police, said the accident occurred around 12 am when the truck rammed the Savar-bound microbus carrying 14 people, leaving two dead on the spot and 12 others injured.

Three of the injured died while being moved to hospitals.

The rest of the injured were taken to Dhaka Medical College and Hospital (DMCH).

They met the accident while returning to Jirabo in Savar from Sylhet shrine, said police.

Police seized the truck but could not arrest its driver as he fled the scene after the accident.