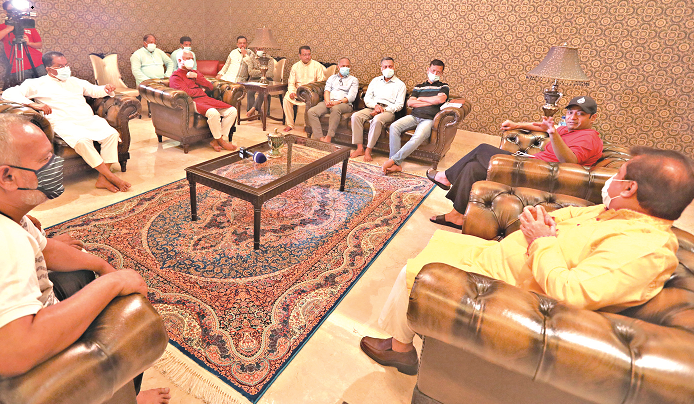 The first meeting of the newly elected board of directors of Sheikh Russel Krira Chakra Limited was held on Saturday with Bashundhara Group Managing Director Sayem Sobhan Anvir in the chair.

The main agenda of the meeting was the development of the club.

The board discussed various development projects of the club and planned on forming a strong team for the upcoming domestic football league. Apart from these, the board planned to take part in the different sports of the country.

The next meeting will take place on Monday. Sheikh Russel are one of the top football outfits of the Bangladesh Premier League. The club won the domestic treble in the season of 2012-13 (Premier League, Federation Cup and Independence Cup).

The newly elected board of the club, under the leadership of Sayem Sobhan Anvir, has been working on launching a cricket team in the domestic cricket league.