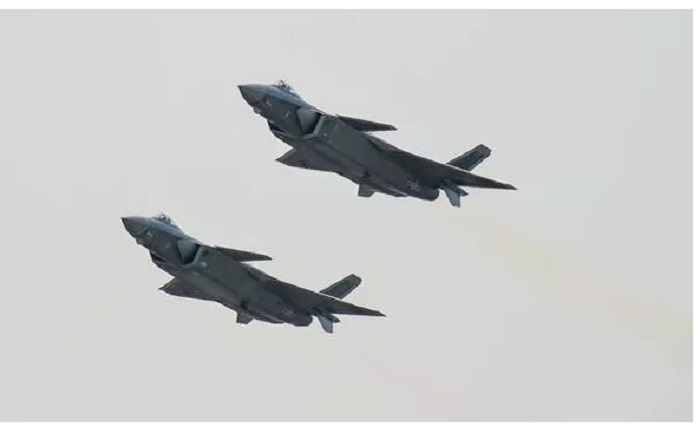 In simulated test battles, the AI-controlled jets were able to shoot down real human pilots according to the Chinese military’s official newspaper, PLA Daily. Brigade commander Du Jianfeng, told the publication that the AI jets were becoming more integrated into pilot training.

He also praised the AI’s “skill at handling the aircraft.”

Mr Du continued to say that the newly developed system was a powerful aid for “sharpening the sword” of Chinese pilots.

One of the most remarkable aspects of the new system is the ability to copy and instantly master new tactics and combat skills.

Military experts have proposed integration of the AI system into modern warfare could help pilots make decisions by taking an entire battlefield into consideration.

Fang Guoyu, one of the pilots tested against the system was “shot down” after the AI used his own technique against him.

He said: “At first, it was not difficult to win against the AI.

“But by studying data, each engagement became a chance for it to improve.

“The move with which you defeated it today will be in its hands tomorrow.”

According to reports last year, an AI system in the US also defeated an American fighter pilot in a simulated aerial battle.

The simulated test, conducted by the Defence Advanced Research Projects Agency at the Pentagon, was able to defeat at least seven teams.

A statement from the defence agency said: “In a future air domain contested by adversaries, a single human pilot can increase lethality by effectively orchestrating multiple autonomous unmanned platforms from within a manned aircraft.

“This shifts the human role from single platform operator to mission commander.”

The latest news of China’s AI-controlled jets follows an incursion into Taiwan airspace by the People’s Liberation Army on Tuesday.

The incursion was the largest to date, with at least 28 warplanes involved in the operation.