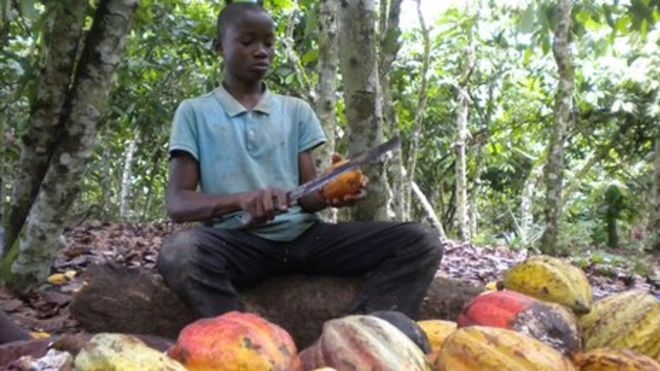 The US Supreme Court has ruled food giants Nestlé USA and Cargill can't be sued for child slavery on African farms from where they buy their cocoa.

Six African men alleged that they were trafficked from Mali and forced to work on cocoa farms in Ivory Coast.

The court ruled 8-1 that the group had no standing because the abuse happened outside the US.

About 70% of the world's cocoa is produced in West Africa, and much of this is exported to America.

It's estimated that 1.56m children work on cocoa farms in Ivory Coast and Ghana, according to a report published by the US Department of Labor last year.

In their lawsuit, the group of men alleged that they were forced to work on the cocoa farms for 12-14 hours a day. They also said they were kept under armed guard while they slept, in order to prevent them from escaping, and were paid little beyond basic food.