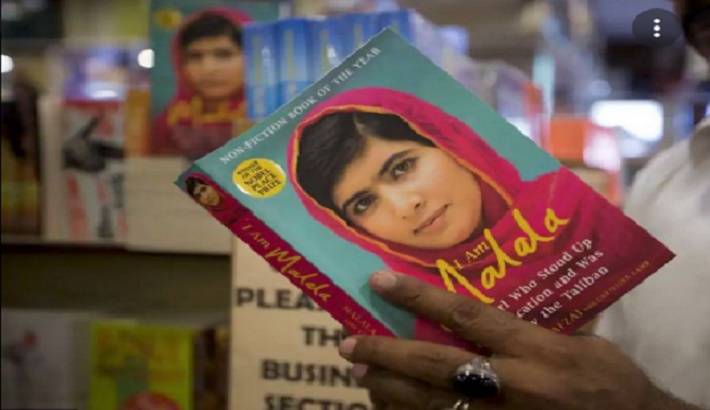 In Pakistan — a country where 86 percent of women over the age of 25 are married — citizens on Twitter and politicians are panicking over what they see as a threat to the institution of marriage. This follows remarks made by 23-year-old Pakistani Nobel Peace Prize laureate Malala Yousafzai in a recent interview with British Vogue. She expressed doubts about whether she would ever marry, and that she didn’t understand why people had to marry.

The comments by the activist, known by her first name, were probably misinterpreted and blown out of proportion. But the battle to change unequal structures of marriage has a longer history within Pakistan, and globally. And the backlash against efforts for equality often portrays them as “Western” and a threat to traditional values.

The extreme reaction to Malala’s recent interview — including death threats — is part of a broader pattern of “Malala hate.” Feminist scholars have noted the misogynistic resentment of a young and vocal woman’s success, and how her representation as a symbol of “girl power” in Anglophone media makes her a polarizing figure in Pakistan

However, this particular backlash also comes on the heels of heightened political frenzy around a perceived threat to the stability of marriage in Pakistan. Last month, a lawmaker introduced a bill in the provincial legislature to make marriage “compulsory” by fining parents with unmarried children over the age of 18. The bill didn’t go far, after widespread criticism.

Last year, Pakistani Prime Minister Imran Khan expressed concern about rising divorce rates, attributing them to foreign media influence. Even as rates of divorce in South Asia remain the lowest among all regions in the world, they are indeedrising.

Politicians generating moral panic about rising divorce rates go beyond Pakistan. In Turkey, rhetoric around family values has become a “trademark” of President Recep Tayyep Erdogan since the Justice and Development Party (AKP) came into power. And it’s not just rhetoric — in 2016, the Turkish Parliament set up a commission on “Protecting the Integrity of Family.” Women’s rights activists in Turkey have highly criticized the recommendations of this commission.

Following the release of statistics in 2018 showing an increase in divorce rates in Egypt, the minister for social solidarity assured the public that a “solution [would] be found.” Extensive overhauls to divorce laws in 2000 expanded Egyptian women’s right to a “no-fault divorce.” However, women’s organizations in Egypt say the recently proposed amendments to the country’s personal status law could set women “200 years back.”

Rising divorce rates may signal a crisis to be solved — or indicate that more individuals are exiting bad marriages. Research shows that easier access to divorce can save women’s lives. In the United States, female suicide rates declined by 8 to 16 percent and killings of women by partners declined by 10 percent in states that introduced unilateral divorce laws, which allow marriages to end when one person wants out, even if the other does not.

Having real options to exit a marriage, even without actually getting a divorce, is important for what happens within a family. Challenging outdated conceptions of the family as a single unit, feminist economists look at the different preferences and levels of “bargaining power” individuals have within the family. A key factor that determines how much bargaining power an individual has within a marriage is how easily they can exit it.

So while politicians worry about restoring the stability of marriage, it’s being able to opt out of marriage more easily that may, in fact, increase women’s bargaining power and make heterosexual marriages more gender-equal.

Pakistani law allows Muslim women to file for unilateral no-fault divorce. In fact, courts in Pakistan recognized this right in 1959, well ahead of the United States in the 1970s; couples in Britain still do not have it.

Practically speaking, divorced women face a number of barriers in Pakistan. Backlash to Malala’s comments illustrate the social censure women who question marriage may face. Divorce also leaves women economically vulnerable — Pakistan does not have legal provisions for alimony payments or the division of matrimonial property.

When divorce is an option, women’s bargaining power in a family also depends on labor market opportunities. Living a life outside marriage depends on a woman’s ability to earn an independent income. In Pakistan, only 23 percent of women are in the labor force. The status quo of economic dependence on men’s incomes makes delaying marriage, or choosing singlehood or divorce, economically unviable for most Pakistani women.

Women’s low bargaining power within marriages manifests in high rates of domestic violence, low involvement in decisions about their own health and the use of household finances, and highly unequal divisions of household labor. In my own work in Pakistan, I find that married women even hesitate to voice political preferences that may be distinct from the views of their spouse.

Given these factors, it’s not surprising that some Pakistani women might question what they see as an essentially disempowering and unequal institution.

Painting Pakistani women’s resistance to the legal, economic and social status quo as “Western,” and in conflict with traditional or religious values, is not new. The Pakistani prime minister has also attributed local feminist activism to “cultural differences,” which the government plans to eliminate through introducing a unified national school curriculum.

But as gender scholars have noted, this binary “traditional vs. Western” or “religious vs. secular” framework is more than a tool Pakistani politicians use to undermine Pakistani women’s demands and dodge accountability. It is also reinforced in donor-funded development initiatives and in academic scholarship about Muslim women.

In any case, women in Pakistan are getting married later in life than they used to. As gender gaps in education close, we may expect more change: In 2018, women who continued their education beyond high school married 6.2 years later than women without an education.

Malala’s own views aside, it’s quite possible that her work advocating for girls’ education will lead to more young women taking decisions and asking questions that some Pakistanis may find threatening.