Will Afghans welcome Turkey, if it include Pakistan in Kabul airport mission? 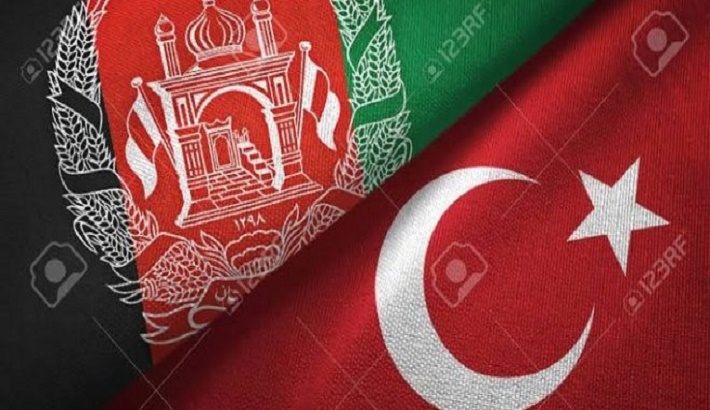 Speaking to the reporters after a series of meetings with the NATO leaders on the sideline of the alliance summit, the Turkish President Recep Tayyip Erdogan  said that Turkey was seeking Pakistan and Hungary’ involvement in a new likely mission in Afghanistan after the departure of the U.S. NATO forces.

To maintain diplomatic and logistic support, a tighten security for the Kabul-Hamid Karzai International Airport is highly important. Turkey is one of the Muslim nation that has the ability and capacity- as it has been active as part of the NATO mission- to provide security and properly run the Kabul airport. But the Turkish President should understand the realities regarding Afghanistan. First of all, securing Kabul Airport needs trustworthy forces, whom, the Afghans accept as their strategic friends. Involving Pakistan- the country that is blamed for destabilizing Afghanistan and supporting the militants that pose violence in our country- is an absolute wrong decision.

Ankara should consider the wish of the Afghan people if it wanted to take responsibility of the Kabul Airport or so called “new mission” in Afghanistan.

Afghanistan and Pakistan are currently caught in sever vibes as the two sides have recently been engaged in recriminations.

As long as it comes to facilities and accessibilities, Ankara can run and guard Kabul airport with having support from NATO allied countries and Afghanistan. Turkey’s seeking Pakistan and Hungary involvement in its mission in Afghanistan will retch down Istanbul’s credibility in Afghanistan. The Afghans have suffered more than enough during the past decades of war triggered by the militants who enjoyed support from Pakistan.

The Taliban in a statement earlier also opposed Turkey’s presence in Afghanistan. The group stressed that under the February 29 peace deal, all countries active under the NATO mission must leave.

Amid such controversies- with the Taliban opposing Ankara’s present- Turkey should draw the support of the Afghan nation to keep its mission effectively active here. The best policy for Turkey that could secure its credibility and legacy of trust in Afghanistan, is to try not include any other nation in its mission.

Otherwise, the Afghans will not only doubt Turkey’s intention but will stand against such mission that includes other countries, whom, they have never trusted or relied on.