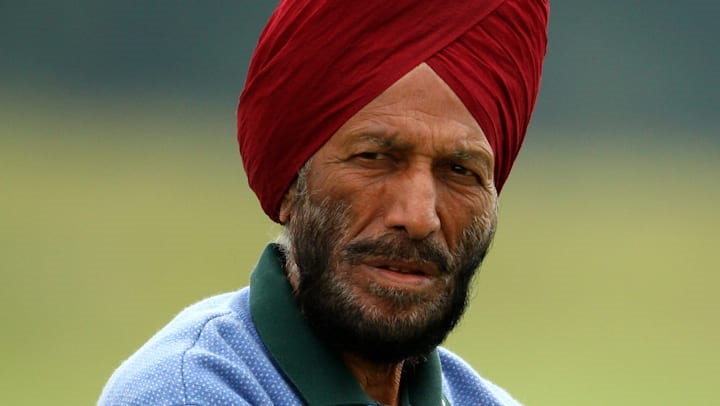 Legendary Indian sprinter Milkha Singh, popularly known as the 'Flying Sikh', has died from post-Covid complications at a hospital in the northern city of Chandigarh. He was 91.

"It is with extreme sadness that we would like to inform you that Milkha Singh Ji passed away at 11.30 pm. on the 18th of June 2021," his family said in a statement.

"He fought hard but God has his ways and it was perhaps true love and companionship that both our mother Nirmal ji and now Dad have passed away in a matter of 5 days," the family statement added.

Indian Prime Minister Narendra Modi has expressed condolences over the passing away of the legendary sprinter.

"In the passing away of Shri Milkha Singh Ji, we have lost a colossal sportsperson, who captured the nation's imagination and had a special place in the hearts of countless Indians. His inspiring personality endeared himself to millions. Anguished by his passing away," PM Modi tweeted.

"I had spoken to Shri Milkha Singh Ji just a few days ago. Little did I know that it would be our last conversation. Several budding athletes will derive strength from his life journey. My condolences to his family and many admirers all over the world," he added.

Singh, who was born in undivided India,  won four gold medals at the Asian Games and finished fourth at the 400m final of the 1960 Rome Olympic Games. He also won India's first Commonwealth gold in 1958.

Singh who lived with his parents in a remote hamlet in Multan (now in Pakistan) as a child, saw his parents and seven siblings murdered during India's Partition in 1947.

As his father died, his last words were "Bhaag (run) Milkha Bhaag". The boy ran -- first for his life, and then to win medals for India where he had arrived as an orphan. In 2013, his life story was turned into the Bollywood biopic, Bhaag Milkha Bhaag.